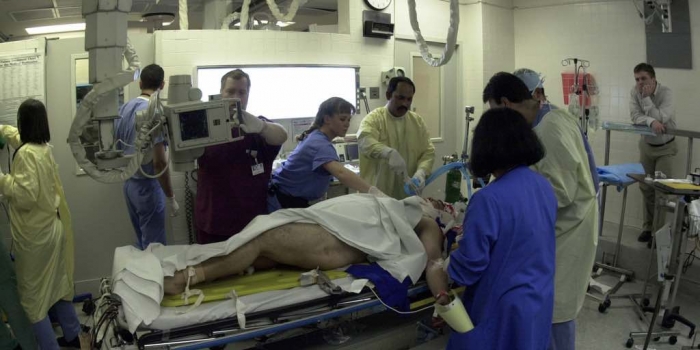 A small article about trauma in the journal JAMA last week has big implications about the business of hospital finances. In short, it shows that the U.S. spends more on trauma than any other group of diseases… and the implication is that in the future, financially healthy hospitals will need to be trauma centers. 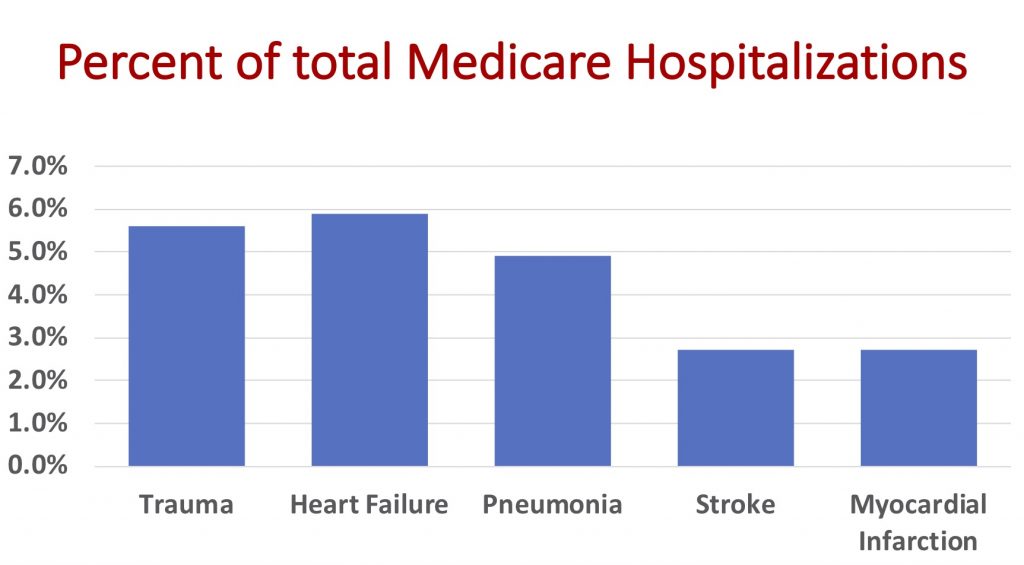 The study looked at a random sample of 20% of all Medicare claims between 2008 – 2014 for patients over age 65 years. During this time, there were 11.8 million hospital admissions. The authors then looked at the ICD-9 diagnostic codes submitted to Medicare for these hospitalizations. Not surprisingly, heart failure accounted for the most hospitalizations at 692,031 (5.9% of total admissions) but trauma ICD-9 diagnoses were the second most common reason for hospitalization at 653,413 (5.6% of total admissions). Extrapolating this to the full 100% of Medicare admissions during that time, it works out to 3.46 million admissions for heart failure and 3.27 million admissions for trauma during the 7-year period. 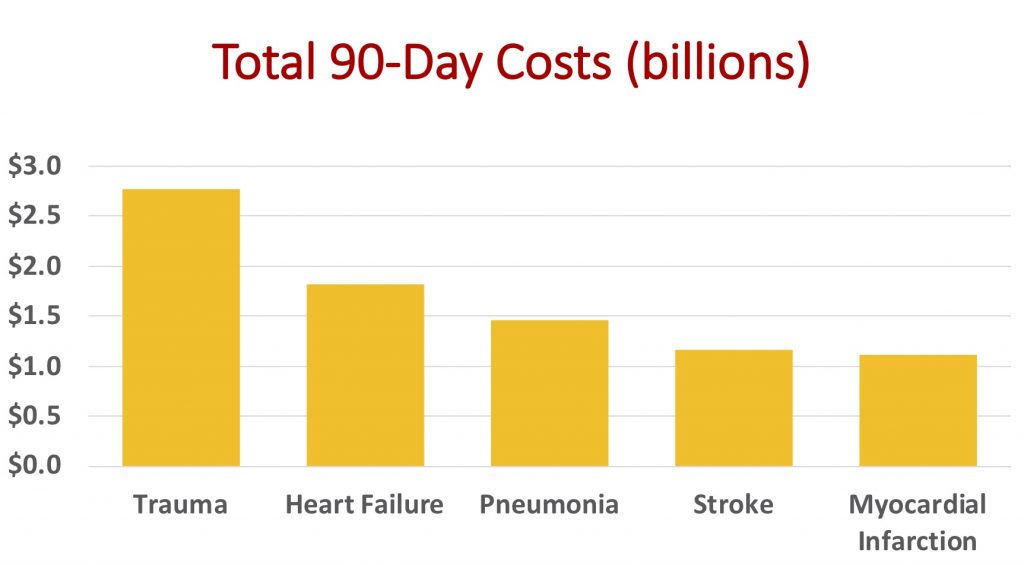 Next, the study examined the total amount of Medicare payments for each of these conditions for the 90 days after the initial date of admission. Looking at the total cost of care for those 90 days, trauma was overwhelmingly the most expensive condition, costing $2.76 billion. Of that amount, the index hospitalization for trauma cost $1.11 billion, or 40% of the total cost.

This analysis was done using ICD-9 CPT codes. In 2015, the United States changed to ICD-10 codes but that is unlikely to have any impact on the implications of the study. The ICD-9 trauma codes are 800 – 959.9 and includes various fractures. Although the study’s authors did not break down the cost by specific CPT code, it is likely that geriatric fractures accounted for the largest portion of the trauma costs.

As the U.S. population continues to age, the Medicare population will also age. The U.S. Census Bureau projects that the percentage of 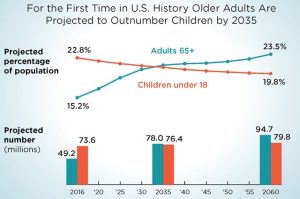 Americans over age 65 years old will increase from 15.2% of the total population currently to 23.5% of the current population in 2060. In 2035, for the first time in our country’s history, the percentage of the population over age 65 will exceed the population under age 18. It is projected that those over age 65 will increase from 49 million in 2016 to 78 million in 2035. This population growth has enormous implications for trauma care. By 2035, we will need more hospitals that are capable of managing trauma in the Medicare population. Since most of these trauma patients will likely be geriatric falls and fractures, hospitals will need a robust orthopedic surgery program, a strong physical therapy department, and close ties to post-hospital rehabilitation care. Under current U.S. healthcare financing, inpatient surgery admissions for hip and leg fractures are some of the most lucrative admissions for U.S. hospitals and are a major contribution to maintaining a positive financial margin at the end of the year. Based on the projected increase in the U.S. population over age 65, the total amount of Medicare payments to hospitals for trauma care, particularly geriatric falls and fractures, is going to increase significantly.

The bottom line is that in order to remain financially viable in the future, hospitals with more than 150 beds should be starting plans to become at least a level 3 trauma center today – that is where the money is going to be flowing in the future. 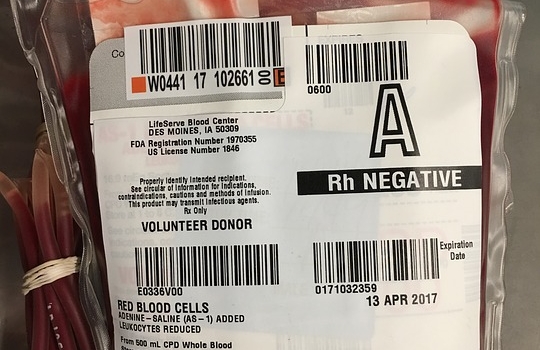 How Hospitals Get Blood For Transfusion

When the average person thinks of donating blood, the first words that come to mind are "Red Cross". However, the American Red Cross only supplies about 40% of transfused blood...