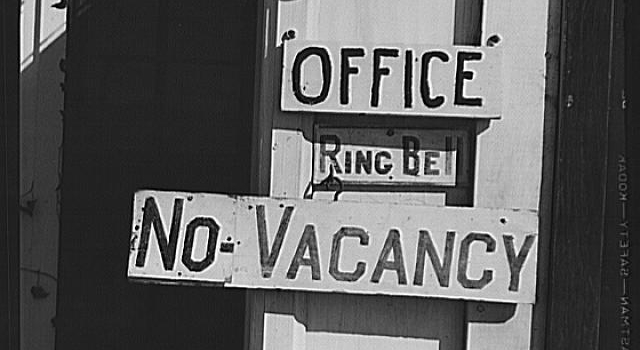 Intuitively, you would think that the closer a commercial venture is to 100% full, the more profitable that venture would be. For example, airlines overbook their flights so that they can get as close to having all of their seats occupied. A sports venue is ecstatic when a game is sold out. So, should we try to keep our hospital at 100% occupancy? The answer is no. 100% occupancy is neither the most profitable position nor the best service position to be in.

Hospitals are in many ways like hotels and the hotel industry has studied the effect of occupancy on profitability pretty thoroughly. It turns out that for medium price range hotels, 75% occupancy is the most profitable rate whereas for high-end hotels, 85% occupancy is peak profitability. Many hospital executives talk about 85% being the ideal occupancy rate for a hospital and I have to admit, that is sort of the number I have in mind when I look at our morning census. But is 85% really ideal? I would argue… no.

If the occupancy is too low, then you have too many staff sitting around without work to do and you will lose money. If the occupancy is too high, then a couple of nurse call-offs means excessive work for the other nurses and can hurt morale. Furthermore, if you are completely full, you have to turn away patients and in the long-run that can harm both reputation and future referrals. So, on the surface, the 85% number seems like a good compromise with enough capacity to manage an unexpected surge in admissions but no so low that you are sending nurses home. 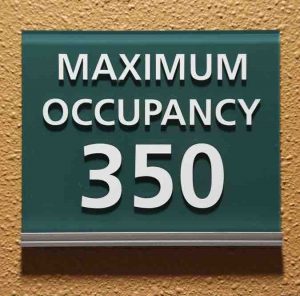 Occupancy rates vary by time of the day. Occupancy rates are generally based on the “midnight census”, that is, the number of patients in beds at midnight. The problem with the midnight census is that it turns out to be the time when the fewest patients are in the hospital over a 24-hour day. Patients will start being discharged in the mid-morning but most patients do not get discharged until the late afternoon or evening – typically the doctors are waiting to get post-discharge care arranged or waiting for a final test result to come back before letting the patients leave. Hospital admissions tend to come in two varieties: surgical admissions that come in during the late morning or afternoon and medical admissions that usually peak in late afternoon or early evening. The result of this is that on any given day, the admissions start coming in before most of the patients get discharged; therefore, if the hospital census is at 85% at midnight, it may be at 100% at 5:00 in the afternoon. If that happens, then patients end up being held in the post-op recovery area (meaning overtime pay for the unhappy recovery room nurses that can’t go home) and patients are “boarded” in the emergency department.

Boarding patients in the emergency department hurts the hospital in several ways. First, patients are not happy – they want to be in a regular room with a bathroom and some privacy & quiet. Second, the ER is not designed to do inpatient care and often, patients’ work-up and treatment is delayed if they spend too many hours in the ER. Third, if boarding patients are consuming your emergency department rooms, then you have fewer rooms to put the real ER patients in and consequently, your ER gets congested and ER wait times increase. All of this adds up to lowered profitability and lowered reputation – so a hospital that is consistently at or close to 100% occupancy is likely a hospital that is having problems.

In addition to the daily circadian rhythm of hospital census, hospital census varies by the day of the week. Elective surgeries occur Monday through Friday so the inpatient census of post-op patients drops on Saturdays and Sundays. Many hospitals plan on this and reduce nurses and staff on weekends when the inpatient surgical census drops. At our hospital, our peak census usually occurs on Wednesdays and our census nadir is on Saturday/Sunday.

Lastly, occupancy rates can vary by location in the hospital. One of the admission-limiting locations is the ICU. If the ICU is at 100% occupancy and the rest of the hospitalist at 75% occupancy, the emergency department may still need to go on divert status for emergency squads and you system will be stressed if a single patient on the floor clinically deteriorates and needs intensive care but has no place to receive it. Similarly, if the nursing unit that normally manages cardiac patients is full resulting in patients presenting with heart failure and myocardial infarctions being admitted to the orthopedic surgery floor (or vice versa), then those patients are not going to get treated by the nurses who are most knowledgeable and experienced with heart disease. When the overall hospital census is in the 90-95% range, then some of the nursing units are going to be at 100% so individualized patient care may not be able to be given in the optimal nursing units.

So, what is the best occupancy rate?

The answer is… it depends. I like having a midnight census of about 85% on Monday through Wednesday. That 15% buffer allows us to overlap that day’s admissions with that day’s discharges in the afternoons and also give us rooms to put the new admission in while we are cleaning the recently vacated rooms. Thursdays and Fridays, I like a midnight census of 80%. On Friday, Saturday and Sunday, 75% is acceptable because our surgical floors are starting to empty out and we reduce scheduled nursing staff accordingly.

So, how can you control the occupancy rate?

There are a few variables that the hospital can control that will affect occupancy:

The bottom line is that hospital occupancy rates are like most things in life. More is better but only up to a point. Beyond that, more can be too much.

PrEP Your Hospital To Prevent HIV

I've been waiting for 35 years but finally, we have a way to prevent HIV infection. HIV and AIDS has been the defining illness in world health over the course of my...

It is pretty common to have to start a patient on home oxygen after discharge from the hospital but ordering oxygen for home use is much different and much more...

The Nine Things That Motivate Doctors