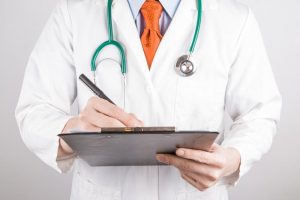 The Accreditation Council for Graduate Medical Education (ACGME) has released new resident duty hour restrictions that will go into effect July 1, 2017. Resident work hour restrictions all started with the case of Libby Zion.

In March 1984, Libby Zion was admitted to New York Hospital with a flu-like illness, fever to 103.5 F, and tremors. She was evaluated by an emergency room physician and then worked up by an intern and a second year internal medicine resident. She had a history of depression and was taking the MAO inhibitor, Nardil. The housestaff discussed her case with Ms. Zion’s attending physician and prescribed Demerol for the tremors. She became agitated during the night, so the intern prescribed Haldol. She then developed higher fever with a body temperature of 107 F followed by a cardiac arrest and died within 8 hours of admission. Tests revealed traces of cocaine. The ultimate conclusion was that the cause of death was serotonin syndrome triggered by the combination of Nardil plus Demerol. Ms. Zion’s father, Sidney Zion, was a trial attorney and contributor to the New York Times who had previously been fired for publicly releasing Daniel Ellsberg’s identity as the source for the Pentagon Papers. Mr. Zion was enraged at the medical system and said that his daughter was murdered by the hospital and the doctors. He focused on the fact that the intern was working a 36-hour shift and attributed his daughter’s death to the over-worked intern. He filed a medical malpractice claim and convinced the district attorney to have a grand jury consider murder charges against the intern and resident – although the grand jury declined to indict them for murder, they did charge them with 38 counts of gross negligence because of the prescription of Demerol. Ultimately, they paid $375,000 to the family for pain and suffering compensation.

Because of this case, the New York State Health Commissioner put together a commission headed by Dr. Bertrand Bell. The “Bell Commission” recommended that residents should not work more than 80 hours per week, no more than 24 consecutive hours, and that the attending physician needed to be physically present in the hospital at all times. In 2003, the ACGME adopted the 80-hour resident work restriction. Of note, Dr. Bell had been a life-long critic of residency training, having coined the mantra: “see one, do one, teach one, kill one” and was later dismissed from his administrative role by the Dean of the Albert Einstein College of Medicine. Later in his life, he acknowledged that he did not arrive at the 80-hour limit by scientific analysis, instead, he and a friend came up with the number during a conversation on his porch one day.

The problem with the Libby Zion case is that her death really had nothing to do with resident work hours, despite the allegations raised by her father. She died of a very rare condition (serotonin syndrome) that was a rare side effects of the Demerol that she was prescribed. Prior to this case, the overwhelming majority of physicians in the United States had never heard of serotonin syndrome resulting from the combination of Nardil and Demerol (I certainly had not) and very few physicians had ever seen a case of serotonin syndrome (I’ve seen 2 cases in the ICU in my 30 years in critical care). The intern would likely have prescribed the Demerol whether it was the middle of the night or whether it was his first hour back after a week-long vacation. Unless you are a savant, it is just not humanly possible to memorize every drug-drug interaction that can occur. If Libby Zion was admitted to a hospital today, she would probably live – not because the interns and residents are better rested, but because we now have electronic medical record order entry that automatically alert physicians when they prescribe medications that can interact with other medications.

So, that brings us to the new ACGME rules that continue to limit residents to less than 80 clinical work and education hours per week but now specify that these work hours not only include time spent in the office, the hospital, and the library,  but also time spent with home-call. This has residency and fellowship programs in a quandary because now they have to have some way of accounting for calls that residents and fellows take at night. Should they use resident self-reported hours? Should they require residents to submit cell phone call logs? Do they audit the amount of time residents spends in the electronic medical record at night?

Although there is abundant sleep medicine literature to support that sleep deprivation impairs cognitive performance, a 2016 study in the New England Journal of Medicine showed that residents who were subject to an 80-hour work restriction did not perform any differently than those who were not subject to duty hour restrictions. Furthermore, attending physicians do have to work more than 80 hours during some weeks and my own personal opinion is that doctors are better prepared to work those occasional very long hours if they have been trained in how to do it. As an attending pulmonary/critical care physician, I do occasionally work more than 80 hours per week, particularly on the weeks that I cover the hospital on weekends (about once a month).

However, given the legal precedent of the Libby Zion case and the ACGME’s strong stance on duty hour restrictions, it is unlikely that future doctors will experience 80 work weeks until after they complete their training. Many older physicians who trained in an era of every-other-night call during internship currently work long days and nights, because it is what they always have done. Tomorrow’s doctors will probably be less willing to work 80-hour weeks because they never did it during training. That means that hospitals will need more physicians to provide the same amount of 7-day per week on-call coverage and this will cost more money. And that means that in the future, physicians will either earn less or consumers health care costs will go up.

80-hour work/education weeks do improve resident satisfaction and may lessen physician burnout. And I think that keeping residents from regularly spending more than 80 hours a week in clinical care and education activities is a good thing. But the genesis of the 80-hour duty restriction was based on anger and zeal, not on scientific evidence. It is one of those “right outcome for the wrong reasons” phenomenon. For me, 90-100 hour work weeks during my internship in 1984 (the same year Libby Zion died) allowed me to succeed – my greatest strength was not my IQ but my endurance and in that era, endurance was a trait that made a good doctor a better doctor. Success in anything is a match between the unique characteristics of an individual and the unique demands of the environment at a unique time. And in the future, endurance will no longer be a trait that makes one a better doctor and someone like me will less likely to be successful in medicine.

For now, it looks like residents are going to have to start logging those calls they take at night from patients who need medication refills and text pages they get from hospital nurses letting them know they have a consult for the next morning.