Yesterday, I responded to a code blue in one of the procedural areas of our hospital. The patient had severe hypoxemia due to flash pulmonary edema from combined systolic + diastolic heart failure and then had an IV dye load that tipped him over into pulmonary edema. He had a previous tracheostomy and still had a residual stoma that had not entirely closed. We put an endotracheal tube into the stoma until we could obtain a large enough tracheostomy tube to fit his tracheal diameter. Despite mechanical ventilation with 100% oxygen and a very high level of PEEP (positive end-expiratory pressure), his oxygen saturation stayed in the 70’s and 80’s for at least a half hour. 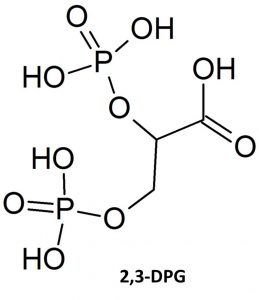 If that had happened to me, I would likely have severe anoxic brain injury. Yesterday, we had 4 patients in our ICU with severe anoxic brain damage that had been admitted after suffering cardiorespiratory arrests. But the patient who coded yesterday is waking up just fine this morning. So why do some patients get anoxic brain injury from prolonged hypoxemia and others seem to get by without any brain damage? I think it comes down to the wonders of 2,3-DPG. 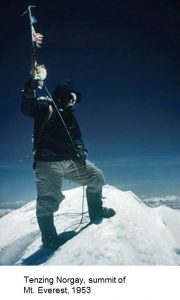 This is particularly important in people who are traveling to high altitude (e.g., mountain climbers) and people who chronically are hypoxemic (e.g., patients with untreated sleep apnea). A normal person will have an oxygen saturation of nearly 100% as blood leaves the lungs; the red blood cells will release about 25% of its oxygen in the tissues so that the oxygen saturation is about 75% when that venous blood returns to the lungs. If you are at high altitude, your arterial blood’s oxygen saturation may only be 80% and if the red blood cells can only release oxygen down to a saturation of 75% as they pass through the tissues, then there isn’t much oxygen being released and the tissues can be starved for oxygen. 2,3-DPG allows the red blood cells to release oxygen down to a saturation that is much lower than 75%, say 60%, so that enough oxygen is being off-loaded into the tissues to keep them functioning normally. From a physiologic standpoint, we call this a “right shift of the oxyhemoglobin dissociation curve”. 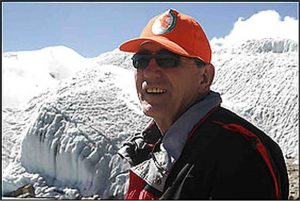 One of my heroes is Lonnie Thompson. He is an OSU Professor of Earth Sciences. He is arguably one of the most renowned faculty members at the Ohio State University and his research involving high-altitude glacial ice core samples has led him to spend more time at extreme altitude than any other human in history. 2,3-DPG is one of the main reasons he can do it.

My patient yesterday most likely had non-human high levels of 2,3-DPG that allowed him to come through a period of prolonged hypoxemia unscathed. And that got me wondering. What if I could bottle 2,3-DPG and put it in a syringe? Who would I give it to? Here is who I would give an amp of 2,3-DPG if I could:

It is going to take someone a lot smarter than me to figure out how to make 2,3-DPG into a marketable pharmaceutical. But for now, I’m just really glad that the patient yesterday had a lot more of it than a normal person.