OK, not really. This title is not a scientifically-proven equation and so don’t quote me on it. But it does underscore the observations that there are both powerful modifiable risk factors and non-modifiable risk factors for death due to COVID-19. We started anecdotally noticing this in our ICU in the spring as the COVID-19 outbreak unfolded in Ohio. Patients who ended up in the ICU and who died were older and/or had co-morbid diseases. And since then, several studies have confirmed these observations. 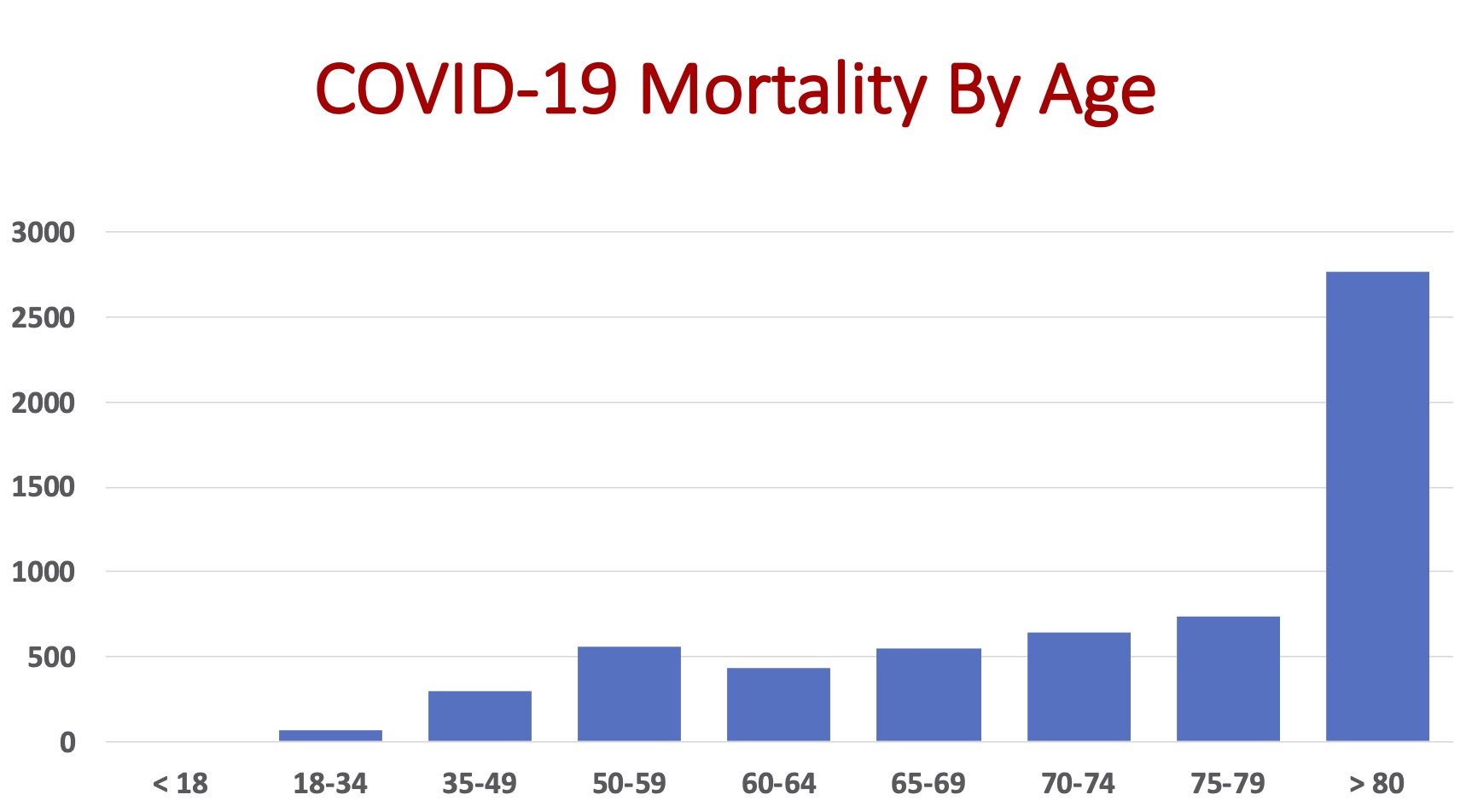 Age is the strongest risk factor for death from COVID-19. In a previous post, I noted that in a report of COVID-19 infections in California, for people under age 18, death from COVID-19 infection is exceedingly rare. But for every decade older, the risk of dying if a person becomes infected increases, culminating with a 25% mortality rate in those over age 80. This striking of an age effect on mortality is not seen with other respiratory viruses, such as influenza, which causes death in both the very young and the very old. 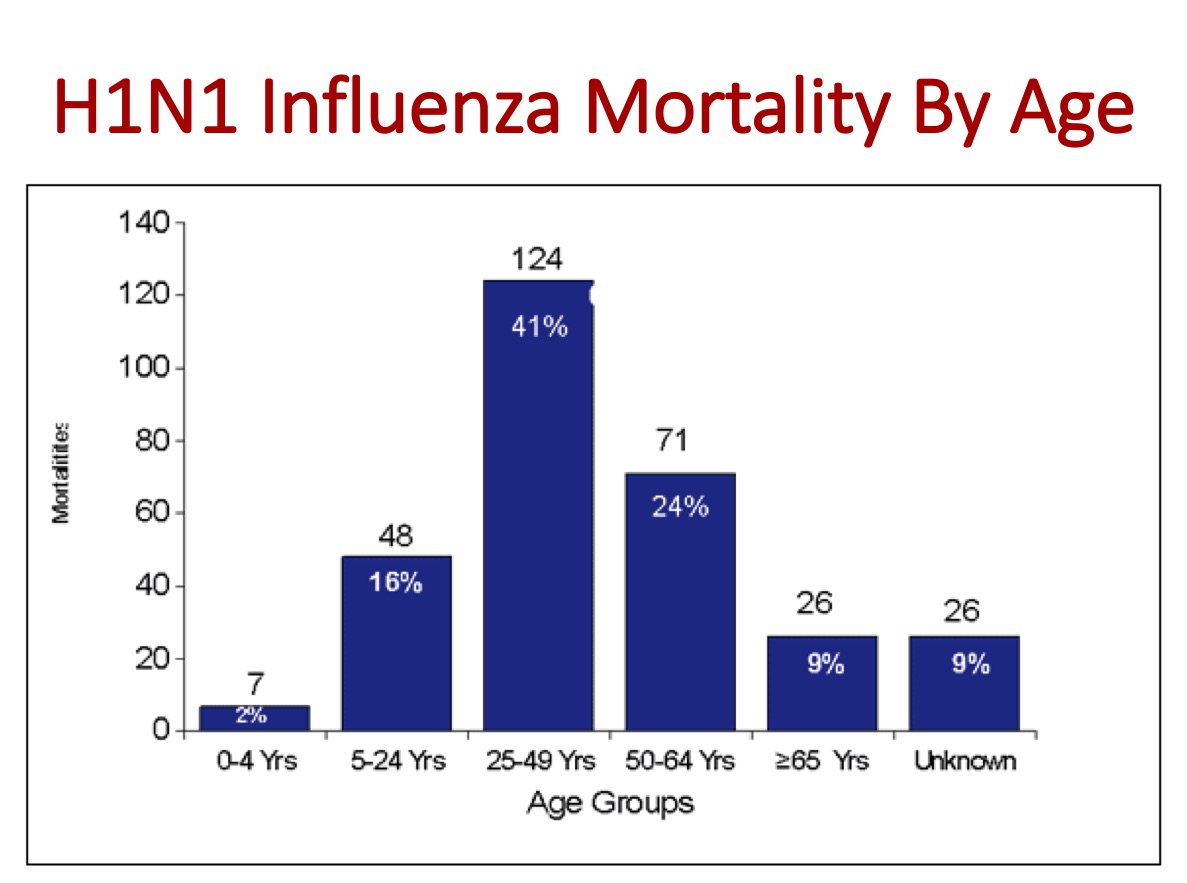 This was especially true of the influenza pandemic of 1918 and the H1N1 pandemic of 2009 when younger persons who became infected had a higher mortality than older persons.

Obesity is also a predictor of death from COVID-19 infection. In a study of 17 million people in England, morbid obesity (BMI > 40) was associated with a 2-fold risk of dying from COVID-19. This may be why the United States has been so disproportionately affected by COVID-19 compared to other countries. According to the Organisation for Economic Co-operation and Development (OECD), the United States has the highest prevalence of obesity of all developed nations with 40% of Americans having a BMI > 30. In contrast, the average prevalence of obesity in OECD countries is only 24%.

Obesity goes hand-in-hand with diabetes and so not surprisingly, uncontrolled diabetes is also a risk factor for death due to COVID-19 infection. The same study from England found that uncontrolled diabetes (defined as a hemoglobin A1C > 7.5%) conferred a 2-fold increase in likelihood of dying from COVID-19 compared to a normal hemoglobin A1C. Once again, the United States has a higher prevalence of diabetes than the world as a whole with 10.8% of Americans being diabetic and 8.8% of the world being diabetic according to data from the world bank. The U.S. leads all other large developed nations with regards to diabetes prevalence. Like obesity, uncontrolled diabetes is a modifiable risk factor. Obese persons are more likely to become diabetic and diabetics with reduced access to healthcare are more likely to have uncontrolled diabetes. Despite spending more money per capita on healthcare than any other country in the world, Americans see a physician fewer times per year (4) than inhabitants of other OECD nations (6.6) suggesting that the access to healthcare in the United States is actually quite low compared to other countries.

Whether or not a risk factor is considered modifiable or non-modifiable depends on the event horizon of the disease in question. A disease like coronary artery disease results in a fatal myocardial infarction years or decades after coronary artery disease first begins. This gives people ample time to modify their risks for coronary disease. With COVID-19, the event horizon is short and measured in weeks and months, not years. Thus, the “modifiable” risk factors needed to be modified years ago in order to reduce the chance of dying of COVID-19 next today. It is not possible to significantly lower one’s BMI or hemoglobin A1C fast enough to make much of a difference of surviving the current pandemic.