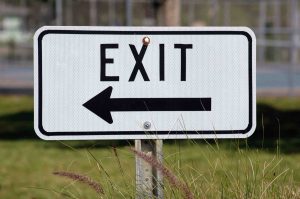 I’m a doctor. I look for signs and symptoms to diagnose diseases. In the past 4 months, we’ve had 6 really talented women physicians in our department resign and that is a symptom. So, what’s the disease?

If they were accepting academic leadership positions elsewhere or if they were being recruited as educators or researchers then I would see this as a sign of success in our university’s mission to develop medical faculty. But they didn’t; they all went in to private practice. They weren’t brand new academic physicians who realized they had taken a wrong career turn, they were women who were 5 – 15 years in academic medicine who had already committed a quarter to a half of their careers at a teaching hospital and left.

Some physician turnover is good and turnover tends to correlate with economic conditions. In 2009 (during the depth of the recession), annual physician turnover was low at 5.9%. Now that the economy has recovered, turnover has increased to 6.8%, the highest rate since turnover data was first collected in 2005. Many of these 6.8% of physician jobs turned over because of retirement – a lot of older physicians decided to postpone retirement during the recession so there was a backlog of physicians ready for retirement once the economy turned around. A healthy workforce has a relatively predictable percentage of physicians retiring and starting their careers so that the workforce is constantly rejuvenating.

Sometimes, physicians leave in order to take a career advancement or because their spouse is relocating to a different community. Sometimes physicians leave because they weren’t a good fit in your hospital or were not practicing high quality medicine (and often we actively encourage those physicians to leave). Not surprisingly, the highest turnover is in the first 3 years of practice – 5% of physicians leave a practice after one year, 10% leave in year two and 10% leave in year three. That’s a total of 25% turnover in the first three years of practice. And physician turnover is costly: the recruiting costs of replacing a physician is about $40,000 and the indirect costs (of lost revenue, etc.) can range from $250,000 to $1,000,000, depending on the specialty.

So why do physicians leave a practice?

So why did our 6 mid-career women leave? I think that in each case the reasons were a little different but I think that what they all had in common was that they did not feel valued. And since I am a hospital medical director, maybe that starts with me. Yesterday, I had back to back meetings from 7:30 AM to 6:00 PM and by the end of the day, after after answering patient phone calls and dealing with angry doctors/nurses/patients/administrators, I was looking to go home. What I should have been doing was looking to find one of those quiet physicians who always get their work done well and on time and asked him or her what is going on in their life and what I can do to help them achieve their own future successes. And maybe remind them of just how good of a job that they are doing.