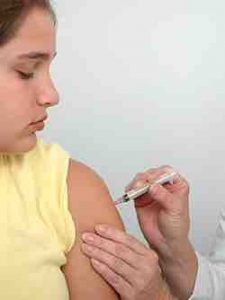 It is flu shot season and my goal each year is to give more influenza vaccines in my clinic than any of the other pulmonologists. So, I offer it to all of my patients and continue to be amazed at how many of them decline because “Every time I get a flu shot, I end up getting the flu”. There is no live virus in a flu shot so you are just as likely to get the flu from a flu shot as you are likely to get pregnant by taking a birth control pill.

So why are patients so sure that they’ll get an infection from the flu shot. There are two main reasons. First, they may have had some muscle pain at the injection site or even some mild myalgia after a previous injection – this is a reaction to the vaccine and not an infection. If anything, it means that the vaccine is working because your immune system is mounting a response to it.

As it happens, if it wasn’t for influenza, I never would have been born. My grandmother’s first husband was one of the 21 million people who died of the “Spanish” influenza epidemic of 1918-1919. She then remarried to my grandfather so if her first husband hadn’t died of the flu, I wouldn’t be writing this post now. In the United States, about 23,000 people die of influenza each year; some years more and some years fewer, depending on the specific strains that go around that year.

It is particularly important for all healthcare workers to get vaccinated so that they don’t become a vector to transmit influenza to vulnerable patients. A few years ago, I admitted one of my patients with pulmonary fibrosis to the hospital with worsened shortness of breath. On admission, I did a bronchoscopy and sent PCR testing for influenza – it was negative. We determined that he was in heart failure and he improved over the days with diuresis. He lived alone and had no relatives so during his hospital stay, he had no visitors. After about a week, he became suddenly worse with hypoxemia and high fever. I repeated the bronchoscopy and this time, his influenza PCR was positive for influenza A. Based on the incubation period, he had to have acquired his influenza in the hospital. Since he didn’t have any visitors, he had to have acquired it from one of the doctors, nurses, or therapists. He never made it out of the hospital and died of his influenza in our ICU.

So, I’m pretty passionate about getting everyone who works in the hospital vaccinated for influenza each year. I don’t care so much whether they get influenza but I don’t want them transmitting it to a patient who would be more likely to die from it. 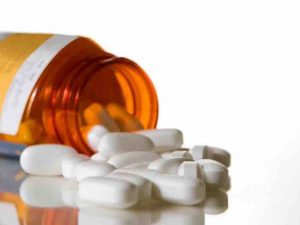 In the movie, A Few Good Men, the climax occurs when a military attorney played by Tom Cruise questions a colonel played by Jack Nicholson during a trial about a murder on a military base and Nicholson famously says: “You can’t handle the truth”. We now have a lot of physicians saying the same thing about releasing lab test results to patients.

Enter the electronic medical record. We can now organize and disseminate medical information better and more rapidly than ever before. One of the features of EMRs is the ability to communicate with patients, including electronically releasing their test results to them. When we first acquired our electronic medical record, we did not automatically release any test results and the physician had to decide for each test result whether he or she would release the result electronically to the patient. After a few years, we changed it to auto-release basic test results (like chemistry blood tests and CBCs) after 5 days, thus allowing the ordering physician 5 days to review and act on any results prior to the patient seeing them.

Last year, at our James Cancer Hospital, we made blood test results available to inpatients immediately through their electronic medical record. The patients really liked this a great deal and it improved satisfaction scores. Although there was some concern that hospitalists would be “scooped” by patients who often saw their blood test results before the patient, this really didn’t materialize.

This summer, we extended the auto-release to outpatients. It is only for fairly basic lab tests and not for sensitive results like surgical pathology results, radiology results, or genetic tests. Our hope is that we can improve patient satisfaction but the initiative was met by a lot of resistance by some physicians who were concerned about a barrage of phone calls from patients worried about insignificant test results.

Enter the monocyte count. When you order a complete blood count (CBC), you get 19 different results, most of which, you don’t really care about. One of the ones that most physicians care the least about is the monocyte count that rarely means anything significant if it is too high or too low. But if patients see that monocyte count as being abnormally elevated, they can panic because they don’t know if it is important or not. So the fear that was perpetuated by some of our physicians is that they were going to get inundated by panicky phone calls from patients worried about their abnormal monocyte counts.

My own opinion is that the medical records belong to the patient and not the doctor and patients have the right to see their blood test results. Personally, when I see my own doctor, I really like being able to immediately see what my routine cholesterol, hemoglobin A1C, or hemoglobin is when I’m in for my annual check-up. Most patients are a lot more sophisticated today than they were 20 years ago, before the advent of EMRs, and most patient are like me, they want and expect to see their lab results right away.

So far, I’ve only had one patient call about his high monocyte count after hundreds of immediately released lab tests. It is a pretty small price to pay for improved patient satisfaction. Personally, I think patients can handle the truth.