I think that every search committee assembled for nominating academic medical center leaders should be required to watch the movie The Replacements before starting their search.

In the movie, Gene Hackman is the coach of the Washington Sentinels, a fictitious professional football team. In the midst of a player’s strike, the team has been repopulated with a group of has-beens and want-t0-be football players, led by Keanu Reeves. Reeves plays the character Shane Falco, a former All-American quarterback from the Ohio State University whose football career crumbled after playing a horrendous Sugar Bowel game and who ends up living on a houseboat and doing boat repair work rather than playing professional football. What makes Falco successful with the Sentinels is not so much his quarterback skills but the fact that he brings out the best in all of the other replacement players, making the team win games as a consequence.

In the last game of the season, the Sentinels’ regular quarterback, Eddie Martel, crosses the picket line to return to the team, sending Falco back to his regular job as a boat mechanic. Martel is one of the best quarterbacks in the country but is a bit of a prima donna and looks down on rest of the team’s replacement players, who he considers rejects and inferiors. Meanwhile, the all of the regular players on the opposing Dallas team have crossed the picket line and returned to work. The first half of the game is a disaster for Washington because even though Martel is an all-star, he can’t relate well to the rest of the Washington players and consequently, they do not play well as a team. As the team is walking into the locker room for half time, Gene Hackman is asked by a reporter what it would take for Washington to get back into the game and he looks at the reporter and says: 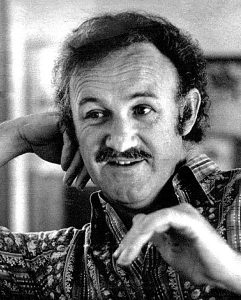 “You’ve gotta have heart. Miles and miles of heart.”

That was a verbal signal to Falco, who was watching the game from his houseboat, that the team needed him and so he suited up and returned to the locker room where the rest of the players kick Martel out. Falco and the rest of the Washington replacements then go on to win with a touchdown in the final seconds of the game.

We often select our leaders based on their previous personal successes – because they’ve become famous doctors on their own right, because they’ve gotten a lot of research grants, or because they’ve published lots of papers in medical journals. And often what we get is the Eddie Martels of the academic world, people who have had enormous individual success but no track record of making those around him or her successful. 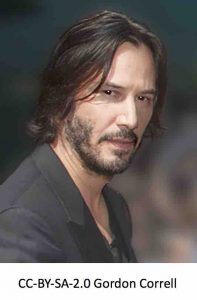 Former Ohio State quarterback Shane Falco was successful with the replacements not because he was the best quarterback himself, but because he brought out the best in all of the other players around him. Or, as his coach said, he had heart.

I think that is what is often missing when we select academic medical leaders. We overlook their passion for the institution and their passion for those who work at the institution. The rank and file faculty and physicians at any given academic medical center are mostly “lifers” – women and men who spend all or most of their careers at that single institution. They take pride in being a part of their university. They’re die-hard fans of their university’s athletic teams. They have jackets, ties, sweatshirts, scarves, and hats with their university’s mascot on them. They bleed (name your school colors). And if they are asked what they do by someone sitting next to them in a bar, they’re more likely to say “I’m on the faculty at the university” rather than “I’m a cardiologist”.

For a leader at an academic medical center to be truly successful, she or he has to have passion for that university. And I think that passion is the overlooked quality that leadership search committees overlook when they are evaluating candidates. A successful leader has to have more than just passion but passion is the catalyst that brings out the best in all of the rest of us. Passion doesn’t show up on a CV. Passion isn’t something that a hired recruitment company looks for. Passion isn’t something you can measure by number of grants or publications.

The best leaders are not the ones who accept your job offer because it was the best of the 4 or 5 that he or she has at the moment. The best leaders are those who accept your job offer because it is what they have always aspired for. Skills are what makes us succeed as individuals; passion is what makes those that we lead successful.