The CMS websites have a wealth of information about our nation’s health and about medical economics. One of the more insightful is the Inpatient Charge Dataset that lists the average charges and average payments to hospitals for different diagnoses. You can also search the dataset to find out how much any given hospital in the United States gets paid on average for each diagnosis (for Medicare patients). The diagnoses are listed as DRGs, or “diagnostic-related groups”. These are essentially the reason why the patient was in the hospital: a disease, a condition, or a surgical procedure. Medicare will pay set amount of money to hospitals for each DRG. The Medicare payment per DRG is also affected by the amount of money a given hospital gets for being classified as a teaching hospital, by disproportionate share funds, by capital funds, and by outlier funds. Thus an academic medical center that cares for a disproportionate number of Medicaid or uninsured patients will be paid much more for any given DRG than a private hospital with relatively few Medicaid or uninsured patients a few blocks away. For example, in Chicago in 2016, the John H. Stroger Hospital (also known as Cook County Hospital) received an average Medicare payment of $10,858 for DRG 638 (diabetes with complication or comorbidity) whereas Louis A. Weiss Hospital received an average Medicare payment of $6,291 for the same DRG. 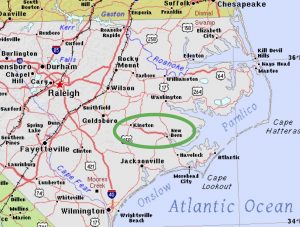 The Medicare payment amount can increase if a patient has certain other complications or comorbid conditions. For example, a hospital admission for a patient with “septicemia or severe sepsis with mechanical ventilation > 96 hours” (DRG 870) will result in higher Medicare payments to the hospital if that patient also had disseminated intravascular coagulation or if that patient also has acute kidney failure. Therefore, hospitals hire coders who spend a lot of effort tracking down and documenting all of those various co-morbidities in order to enhance revenue. So, for example, in 2016, DRG 281 (acute myocardial infarction, discharged alive with complication or comorbidity) resulted in an average Medicare hospital payment of $6,213 to the Carolina East Medical Center in New Bern, North Carolina but the same DRG resulted in an average payment of $4,741 to Lenoir Memorial Hospital in Kinston, North Carolina, 35 miles away (I picked these two hospitals semi-randomly because we vacation regularly in the area and they presumably have a very similar patient demographic in rural Eastern North Carolina).

Therefore, to extend the example using Carolina East Medical Center in New Bern, North Carolina, the hospital’s average covered charge (sticker price) for DRG 281 was $20,828. The average total payments for this DRG (what they actually got paid in total) was $7,409. The average Medicare payment for this DRG was $6,213.

Here are the top 20 highest paying DRGs to hospitals (listed by the Average Medicare Payments):

Not surprisingly, the highest paying diagnoses are for various transplants, major heart surgery, and major neurosurgery. However, these are generally procedures done in specialized and tertiary care hospitals and are relatively few in total numbers compared to other DRGs. Here are the top 10 most common diagnoses in the United States and their average Medicare payments in 2016:

There are many ways that hospitals can use the information from the Medicare Inpatient Charge Dataset. For example, let’s say that Lenoir Memorial Hospital in Kinston, North Carolina decides to target one DRG to improve throughput efficiency in order to improve its hospital margin. So, they put resources into case management, pharmacy, rehabilitation services, and post-discharge care with a goal of reducing expenses by 10% below the average payments that the hospital receives for that DRG. Should they choose knee & hip replacement (DRG 470) or exacerbation of chronic obstructive pulmonary disease with major complications or comorbidity (DRG 190)?

On the surface, one might think that since knee & hip replacement is a very expensive DRG, that by targeting it for expense reduction, the hospital stands to gain the most at the end of the year. However, even though admissions for COPD exacerbation pay far less on a per-admission basis ($7,532 versus $10,039), because there are so many more patients admitted with COPD exacerbation, the hospital will have a $40,000 greater end-of-the-year total positive margin if it puts the resources into reducing COPD exacerbation costs as opposed to reducing knee & hip replacement costs.

All of this underscores the critical importance of hospital coders in hospital finances. At the end of the day, choosing the correct DRG and capturing all of the various complications and comorbidities for each patient is more financially valuable than doing a few more inpatient surgeries each year.