20% of people who get admitted to the hospital require readmission within 30 days of being discharged. Medicare has taken steps to reduce these readmissions, but the unintended consequence of these steps appears to be an increase in mortality rates.

Readmissions are expensive and cost Medicare about $17 billion per year. Conventional dogma holds that these readmissions are largely avoidable and that if we reduce them, we can save Medicare a lot of money. So, Medicare’s solution to the readmission problem… fine the hospitals for readmitting patients in the first 30 days after a discharge. The way the “Hospital Readmissions Reduction Program” works, is that Medicare tracks 6 diagnoses: heart failure, myocardial infarction, pneumonia, COPD, knee & hip replacement, and coronary artery bypass surgery. If a hospital has an excessively high 30-day readmission for any of these diagnoses compared to Medicare’s target, then the hospital’s total Medicare payments for that year are reduced. This applies to all of the hospital’s Medicare payments, not just for the 6 diagnoses that they track. The maximum penalty is 3% of Medicare payments.

Medicare recently announced the 2018 readmission penalties. 2,574 hospitals in the U.S. were penalized for a total of $564 million in penalties. 48 hospitals got the maximum 3% penalty and the average penalty was 0.73%. I was relieved to find that our hospital had only a 0.05% penalty – one of the lowest in the country.

There are a lot of positive things that hospitals can do to reduce unnecessary readmissions: better medication reconciliation, better communication to primary care physicians, improving patient health literacy through education, improve access to medications after discharge, and improve outpatient follow up. This was the intention of the Hospital Readmission Reduction Program. But as with many well-intentioned programs, there have been unintended consequences.

The study was retrospective so all we can really do is correlate mortality with readmission and not imply direct causality between the reduction in readmission and the increase in mortality. So, it is possible that there were other factors involved, such as American physicians suddenly got a lot worse at treating heart failure (unlikely!). So why would reducing readmissions increase mortality? We can only speculate at this time but I have a few ideas: 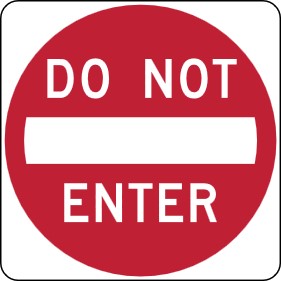 The Hospital Readmissions Reduction Program is one of those things that at the outset seemed like such a good idea: punish the bad guys (i.e., the hospitals with high readmission rates) and you will coerce them into behaving properly, thus saving Medicare a lot of money. The problem was, it was never tested before it was implemented. In the United States, we require new medical treatments to undergo randomized, placebo-controlled trials before those new treatments are approved by the FDA. During those clinical trials, we can find out if the treatment actually works and find out whether there are limiting side effects to the treatment. There was no randomized clinical trial of the Hospital Readmissions Reduction Program, it was just conceived and initiated without being studied. But now we have learned that death is a side effect of the Hospital Readmissions Reduction Program.