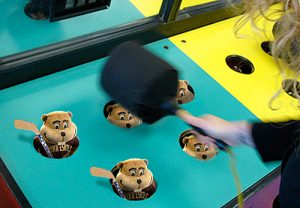 For the uninitiated, Whack-A-Mole is a carnival game where you use a giant mallet to smash down on wooden rodents that randomly briefly pop up from holes in a large table. The goal is to smack down as many of the moles as you can in a fixed amount of time. The problem is that the more moles you smack down, the more moles pop up.

So, what does a game that you play at the county fair have to do with electronic medical records? Well, the EMR has this feature called an “inbasket” where all of your patients’ test results, phone messages, email messages, verbal orders for signature, and medical record updates appear. As physicians, we “clear our inbaskets” by clicking on each item then acting on it; once completed, it disappears from the inbasket. It might be phone call from a patient you have to return, or an CT scan report that you have to review, or a medication refill that you need to send in to the pharmacy.

The goal of the EMR Whack-A-Mole game is to click on everything in the inbasket so that by the end of the day, the inbasket is completely empty.  On a typical Tuesday through Friday, EMR Whack-A-Mole goes at a pretty steady pace, you click on a message that a patient called about some new symptoms, call that patient, enter a telephone call note in the EMR, route an order for a medication to the patient’s pharmacy, then close the telephone encounter in the inbasket. A few minutes later, a new item will pop up in the inbasket and you have to open it, review it, and act on it. On a Tuesday, Wednesday, Thursday, or Friday, EMR Whack-A-Mole is pretty do-able so that the average physician can keep up pretty easily and have an empty inbasket at the end of the day. 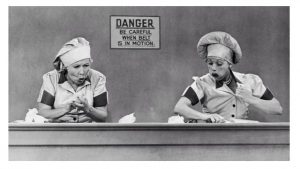 But Mondays are something else all together. On Mondays, EMR Whack-A-Mole is played at a furious pace. There are 2 additional weekend days of pent-up volumes of patient phone calls, email messages from patients, medications that need to be refilled, and lab test reports. The result is that by mid-morning on Mondays, as soon as one inbasket item is opened, acted on, documented, and then closed, another item appears on the inbasket menu. A doctor can pretty much just sit in front of the computer clicking on inbasket messages and not do anything else for hours. By early afternoon, the speed of EMR Whack-A-Mole speeds up: for every 1 inbasket item that you open, read, act on, and close, 2 more items pop up. The best analogy is from the I Love Lucy TV show when Lucy and Ethel are trying to wrap candies coming down a conveyer belt. 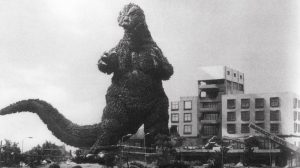 After a 3-day weekend or a vacation, the pace of EMR Whack-A-Mole gets even faster. No sooner as you whack one thing out of your inbasket, 3 more pop up. The faster you whack your inbasket, the faster it fills up again. Pretty soon, the inbasket has grown into an enormous-sized monster. Patient phone calls come in faster than they can be returned and test results grow like rabbits fed Viagra.

By about 5 o’clock on Mondays, the inbasket slows down and you can whack out messages faster than the new ones appear. By about 7 o’clock, the last inbasket message gets whacked and you can go home. And then you can look forward to Tuesday for another game of Whack-A-Mole…