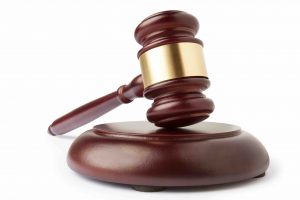 Anyone can report that they suspect a physician is under the influence of alcohol or drugs at work: another physician, a nurse, a patient, a family member, anyone. When that happens, the medical director has to immediately sequester the physician and remain with the physician until the lab director can do testing with a forensic breathalyzer or do urine drug testing, depending on the substance allegedly consumed.

This is a priority that takes priority over other priorities and means that I had to drop what I was doing and go to the hospital to meet the physician in a conference room and keep him under direct visual contact until testing could be completed. As it happened, the lab director was in a hospital in a different county doing an administrative review so it was going to take 2 hours before he arrived. It was a Friday afternoon and I had patients that had driven in from all over Ohio and West Virginia to see me – my office staff had to tell them that I was not able to see them due to a hospital administrative emergency and send them home to be rescheduled.

Around 5:00, the breathalyzer arrived and the results were completely negative. It turns out that he had french onion soup for lunch and just had “onion-breath”. He went back to the nursing units to round on his patients and I got on the phone to apologize to my outpatients who had to drive back to their home towns without seeing the doctor.

This isn’t the first time that this has happened and I’m sure it won’t be the last time. The 2 most recent episodes were triggered by patients who called the hospital’s administrative offices to report that their attending hospitalists were intoxicated in the hospital. In both cases, the physicians were immediately removed from patient care duties and emergent cross-coverage was arranged until the physicians could be breathalyzer and urine tested – in both cases the results were completely negative. In investigating, we found out that in both cases, the patients were demanding opioid pain medications and the hospitalists suspected them of drug seeking opioid abuse. When the hospitalists would not prescribe Percocet, the patients retaliated by reporting the physicians being under the influence. Its a cunning strategy: a drug-seeking patient who gets the reputation of making a doctor’s life miserable if they don’t prescribe narcotics tends to get what he/she wants the next time since the physicians don’t want to have to be sequestered for a couple hours pending drug or alcohol testing. During those 2 hours, some other hospitalist has to cover twice their normal number of patients and at the end of the day, the sequestered hospitalist ends up working 2 hours past their normal shift just to get their work done.

On the other hand, we have had times when physicians have been at work under the influence and so we just can’t take any chances. In order to maintain the integrity of our profession, we have to take each allegation with the highest level of seriousness and we have to immediately remove the physician from patient care responsibilities until we complete the testing. It is unfortunate that some patients with knowledge of this policy take advantage of it in order to get what they want – usually narcotic medications. In this sense, the accused physician is guilty until proven innocent.