Two core foundations of the American psyche are freedom of choice and personal responsibility. These tenets create conflict when applied to health care and this conflict is at the heart of the health care political debate. Freedom of choice means not having to purchase individually mandated insurance. Personal responsibility means not having to pay for the health care of people who don’t want to work or who have diseases that they brought on themselves.

We really have 3 choices for health care: (1) let people buy insurance if they want to and can afford to, (2) require everyone to buy insurance, or (3) have a single payer system. Most Americans equate the idea of a single payer system with socialized medicine: anti-free choice, anti-free trade, and government meddling in private citizens’ affairs. But the reality is that we have had an enormous single payer health care system for 52 years – it is called Medicare. We have a lot of other single payer heath care systems: the Veteran’s Administration, the federal Children’s Health Insurance Program (CHIP), the military health system, Medicaid, etc. And when you add all of these up, 46% of U.S. health care is already being paid by the government and managed by the government. So, we currently have government health insurance so that everyone under age 18 and over age 65 is covered.  Therefore, the political debate about health insurance is really just about health insurance for those Americans age 18 through 64. 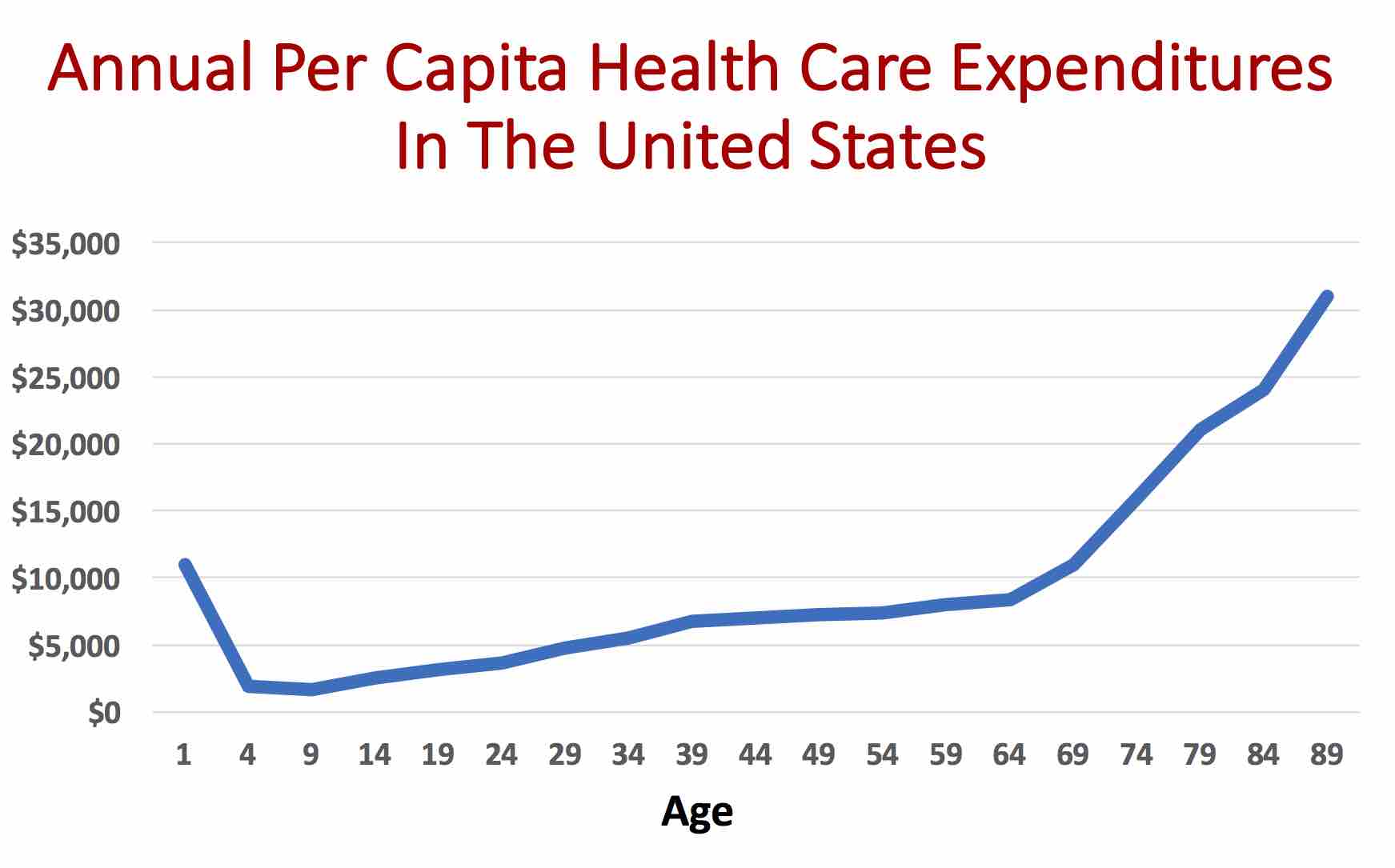 It turns out that this age group does not really cost too much to take care of. Health care in the U.S. is the most expensive in the world and it costs us an average of $9,523 per person per year. But data from the National Health Expenditure Accounts from 2013 shows that the average annual health care expenditure for people age 18-65 is only $6,170. The highest expense is in infants < 1 and in the elderly over 65, who are all already covered by single payer health care systems (CHIP and Medicare). In other words, we are all arguing about those people who have the lowest health care costs. 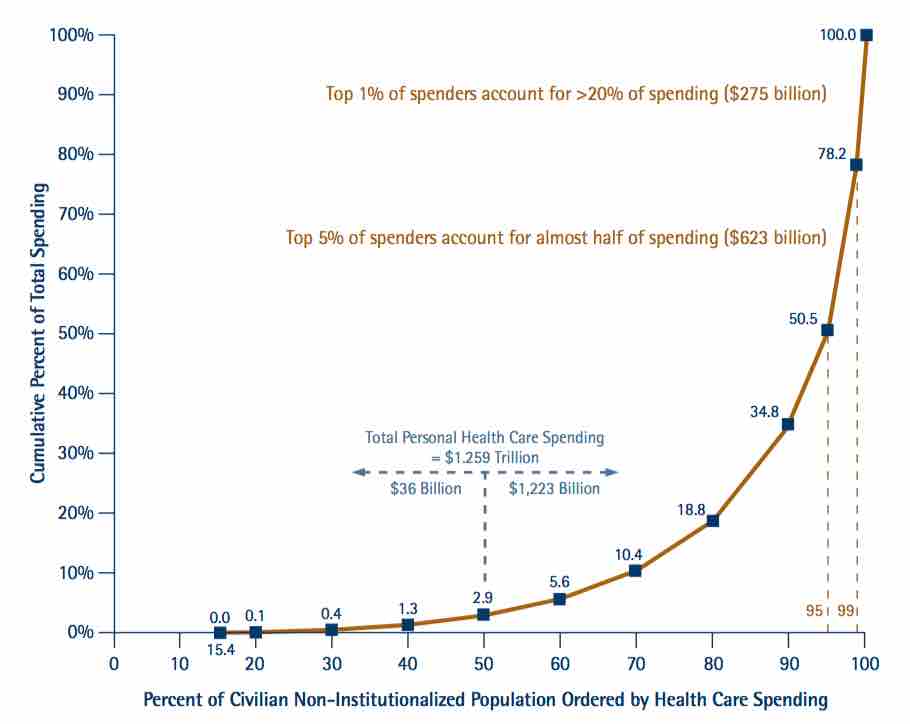 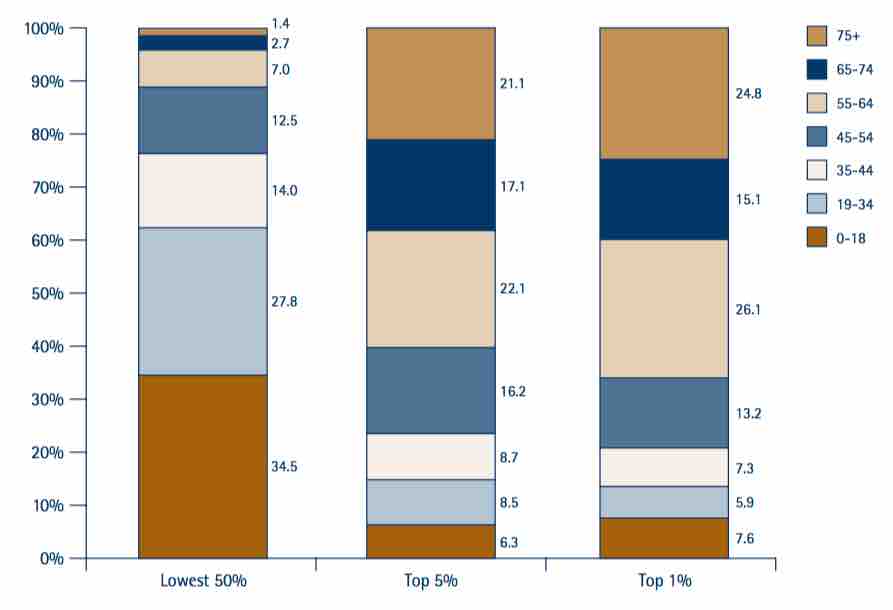 So, what happens when a person has a catastrophic illness with huge health care costs? In our hospital, we have Long Length of Stay Committee that meets weekly to discuss patients who we can’t move out of the hospital for one reason or another. Many of these patients fit into that catastrophic illness category – either they don’t have health insurance or they have it but they’ve used up all of their benefits. What we end up doing is helping them sell off their house, sell all of their property, and liquidate all of their investments to pay their health bills. Once they have sold everything and are now sufficiently poor, we help them sign up for Medicaid (which they are not eligible for until they have no other assets). Medicaid is a government managed single payer health care system for the poor. It turns out that a lot of those people who are between 18 to 65 and have the highest health care costs are too sick to work and end up on Medicaid because they have no income and end up being poor.

What all of this means is that the health care debate that has been raging furiously for at least the last 7 U.S. presidential elections is a lot of squabbling over the least important demographic in health care – relatively healthy Americans between the ages of 18 and 65.

To me, it looks like the only realistic compromise that gets everyone what they want is a single payer system funded by payroll taxes.