It gives a sense of great accomplishment for a newly trained surgeon to be initially appointed to the medical staff of a hospital but surgeons really know when they have “arrived” when they are granted block time in the operating room. Block time is when a specific surgeon (or surgical group) is assigned an operating room for a half-day or full-day every week. That surgeon owns that particular operating room for that block of time and can schedule several surgical cases, one right after another. 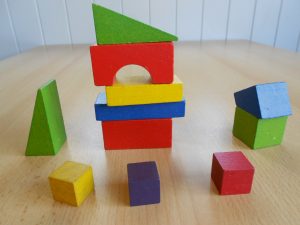 Surgeons like block time because it is very efficient for them. They only have to go to the locker room to get changed into scrubs once and they can do a lot of surgeries without having to travel back and forth to the hospital. They can tell their patients with reasonable accuracy what time their operation will be starting and they can plan the rest of their week’s outpatient appointments, meetings, etc. without having a conflict. For a surgeon, it is easy to quantify their value and importance by block time. If the surgeons do not have block time and have to schedule cases in “open time”, then those surgeons often find themselves in the physician’s lounge waiting for the surgeons scheduled in that particular operating room for the hour before them to finish their cases. And a surgeon drinking coffee in the lounge instead of operating is not making money for him/herself or for the hospital. From the surgeon’s perspective, block time can be as important of an employment negotiation as vacation time and office space – if a surgeon wants block time and can’t get it at one hospital, then that surgeon will take his/her patients to another hospital that gives him/her block time.

But there is a down-side to block time. If the surgeon does not fill their block with cases, then the operating room loses money – some estimates put the cost of an OR at $15-20 per minute after factoring in staff time, equipment, administrative costs, etc. The hospital also loses money through opportunity margin, that is, the money that could have been made if some other surgeon was doing an operation in that empty room.

Another problem with block time is that if all of the operating rooms are “blocked out”, then there is no capacity for emergency cases, for example, the trauma patient who shows up in the emergency department or the patient in the ICU who needs an exploratory laparatomy. In order to accommodate these surgical cases that cannot be scheduled weeks or months in advance, there has to be sufficient “open time” when surgeons can add-on cases on relatively short notice.

Block times are not all the same duration. For example, an otolaryngologist who does a lot of tonsillectomies and septoplasties may be able to do a surgery every 30 minutes and so a 4-hour block may be appropriate. On the other hand, an otolaryngologist who does complex neck cancer surgeries with flap creation may be doing procedures that can take all day and so an 8-hour block may be appropriate. In addition, some surgeons can warrant having 2 OR rooms at a time blocked, such as the otolaryngologist doing tonsillectomies and septoplaties who can be doing a surgery in one room in about the time it takes to clean another room, allowing him/her to efficiently go back and forth between the two rooms. The otolaryngologist doing the major neck cancer surgery for 8 hours only needs one OR per block time.

Open time can be created by either purposefully keeping some operating rooms out of the block time schedule so that they are never blocked out or open time can be created by “releasing” block time when a surgeon does not have any cases scheduled for that particular day. For some specialties that normally schedule their cases electively weeks or months in the future, for example joint replacement surgery, it may be appropriate to release a surgeon’s block 4 weeks in advance if he/she has no cases on the schedule by that time. However, for other specialties, it may not be possible to release a block more than a day or two in the future, for example, neurosurgery, when once a brain tumor or aneurysm is diagnosed, it has to be operated on within a few days.

Therefore, the hospital has to have the right balance between block time and open time. Here are some of the tactics to optimize block time use: 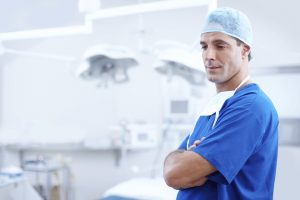 Ultimately, what the surgeons want is a predictable time that they can do a lot of cases back to back. What the hospital wants is all of the operating rooms being used for surgeries as many minutes of the day as possible. Reconciling these two often conflicting goals can be challenging but successful reconciliation will ultimately lead to both surgeon satisfaction and hospital productivity.