This is the fifth in a series of posts made in preparation for a presentation I will be making for physicians in fellowship training at the upcoming ACCP meeting. Whether you do your own income taxes or you pay an accountant to do your taxes for you, you have to understand the basics of how taxes work in order to maximize your yield from your various retirement accounts. In the last post, I discussed some of the common mistakes physicians make in their investment decisions that can erode total returns. In this post, I’m going to give a very general overview of income taxes and capital gains taxes to set the stage for future posts about the best retirement investments for physicians.

Let’s start with income taxes. I am continually amazed at how much misconception there is about the American income tax system. The first thing to understand is that although we have tax brackets, we operate on a marginal tax system. This means that as your income goes up, your tax rate also goes up but it does so incrementally so that you pay a different tax rate for each successively larger chunk of income that you have. The table at the right shows the 2016 regular income tax brackets.

One of the problems with tax brackets is that you can’t predict where they will be in the future. Presidential candidates love to run on promises to change tax rates, generally by either increasing the taxes on the rich or by decreasing the taxes on the rich. One of the common ways that politicians change taxes is on what the income tax rate is on the top income tax bracket. This number has fluctuated considerably over the past 30 years, depending on who was president. As you can see from the graph below, the biggest change occurred during Ronald Reagan’s term when the tax rate on the highest tax bracket fell from a tax rate of 50% at the beginning of his presidency to to a tax rate of 28% at the end: 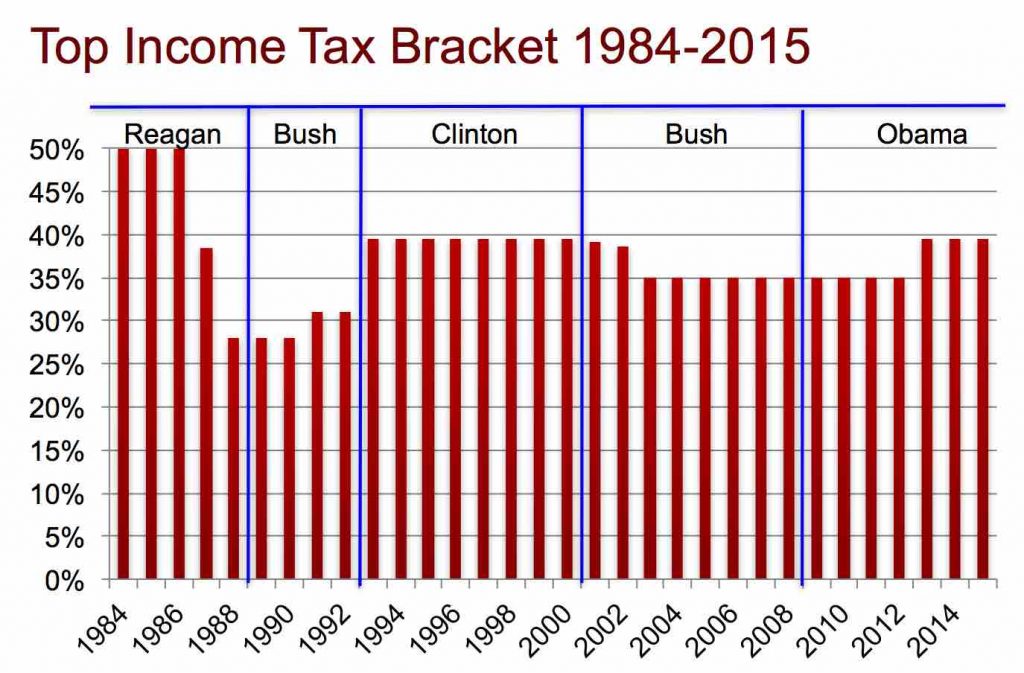 So if we put all of this together for several hypothetical taxable incomes, for a married couple filing jointly, here is the tax bracket (the amount you pay on the highest portion of your income) versus the effective tax (what you actually pay overall for your entire salary) versus the capital gains tax: 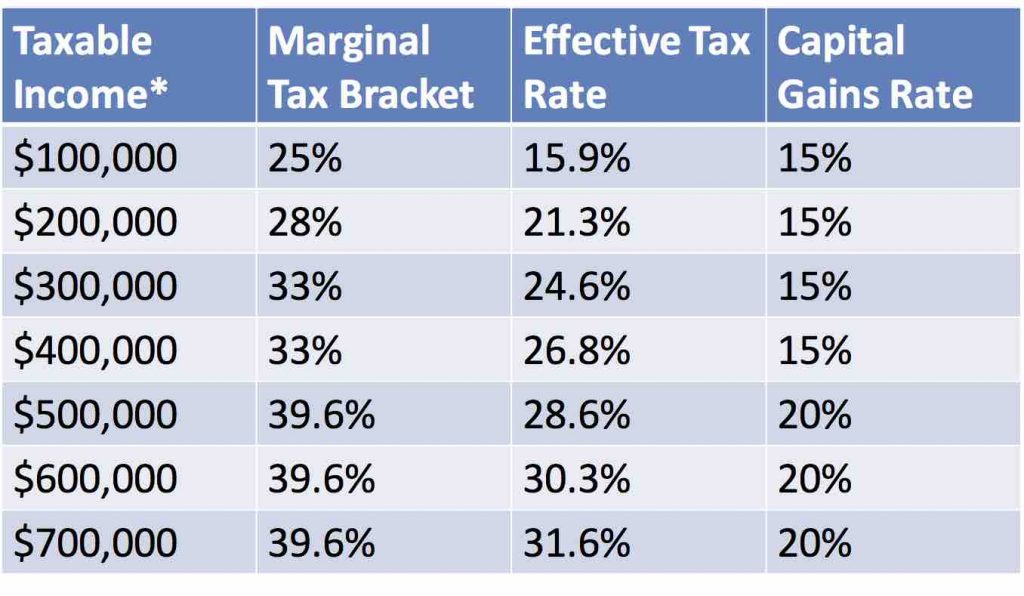 As you can see from the table, the income tax bracket is not what is really important, it is the effective tax rate, since what you are really going to pay is the effective tax rate. The table also shows that for the range of typical physician incomes, you are better off paying a capital gains tax than a regular income tax if you can. This will become important in future posts as we look at how to select investments for a physician’s retirement portfolio.

Now that we’ve covered the basics of taxes, we can determine the best place to put your money in order to maximize the amount that you will actually have in your hand when you retire. The next post will examine this in more detail.