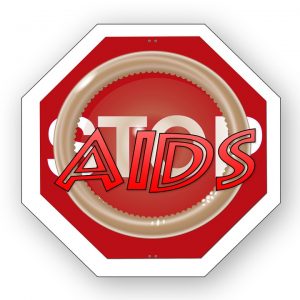 I’ve been waiting for 35 years but finally, we have a way to prevent HIV infection. HIV and AIDS has been the defining illness in world health over the course of my career.

June 1981: I had just finished my first year of medical school the month that the CDC first reported an outbreak of a rare infection called Pneumocystis carinii in 5 young previously healthy gay men.

May 1983: I was finishing up my third year of medical school the month that the AIDS virus was first discovered.

July 1984: I was an intern in our MICU and treated the first patient with Pneumocystis pneumonia in our hospital, a hemophiliac man with AIDS acquired from a blood transfusion.

March & April 1987: I was finishing my residency when the FDA approved a Western blot test to diagnose HIV and approved AZT, the first medication to treat AIDS.

October 1987: I was a first year pulmonary fellow when I got sprayed in the eye by bronchoalveolar lavage fluid from a patient with AIDS in our ICU when a jet of BAL fluid managed to find a quarter inch gap between the goggles I was wearing and the bridge of my nose during a bronchoscopy. I was enrolled in a CDC study of mucosal exposure to HIV in healthcare workers and had to have an HIV test monthly for a year. I spent a year not knowing if I had acquired a terminal disease but fortunately, all 12 of my tests were negative.

Today, HIV is no longer an automatic death sentence like it was 30 years ago but it remains an enormous burden of morbidity, mortality, and financial cost throughout the world. Currently, 1 out of every 99 Americans will become infected with HIV at some time in their life. For gay hispanic men, it increases to 1 out of every 4 and for gay black men, it increases to 1 out of every 2. It can be controlled but it can’t be cured so our challenge is to prevent people from getting infected in the first place.

Now we can finally do it with PrEP: Pre-Exposure Prophylaxis. When used regularly and combined with condom use, up to 90% of HIV infections can be prevented. The drug is Truvada and it is a once-a-day pill. It isn’t cheap, about $1,500 per month. The challenge to all of us is to identify patients at risk of getting infected and then talk to them about prophylaxis.

Historically, disease prevention has been the purview of of the primary care office practice but if we are really going to be successful controlling HIV in our lifetimes, then we need to look beyond primary care and seek out other opportunities to identify at-risk patients and get them on PrEP. We often think of our emergency departments and our acute care hospitals as places where we treat disease and not where we prevent disease. But going forward, our emergency department physicians, our hospitalists, and our hospital-based nurses are going to be in a great position to at least ask patients about high-risk behaviors and then direct them to practitioners who can get them started on PrEP.

During my first year of pulmonary/critical care fellowship, I did 350 bronchoscopies and the overwhelmingly most common reason for bronchoscopy was AIDS with pneumonia. Those patients are all dead now as are dozens and dozens of others that I’ve cared for over the past 30 years. I’ll consider it an enormous success if I never have to see another man or woman die of AIDS again.

The bottom line is that our hospitals need to be prepared to PrEP.