Yesterday, on November 30, 2022, the results of this year’s fellowship match for internal medicine and pediatric subspecialties was released. This is for fellowship positions that will begin in July 2023. Every specialty has its own fellowship match and the dates of the match results vary from as early as May the year before the start of fellowship (vascular surgery, thoracic surgery, pediatric surgery) to January the year of the start of fellowship (sports medicine, psychiatry). The internal medicine and pediatric match results are released at the end of November.

Overall, there were 2,042 different programs participating in this year’s internal medicine subspecialty fellowship match and these programs offered a total of 5,779 fellowship positions. 82.1% of programs filled all of their positions and 89.5% of all positions in the country filled. These results are similar to last year. Of the physicians who did match, 46.8% were U.S. MD graduates, 13.5% were U.S. DO graduates, 12.8% were U.S. citizens who attended foreign medical schools, and 26.7% were foreign medical graduates. This is a slight decrease in the percent filled by U.S. MD graduates and a slight increase in foreign medical graduates compared to last year.

As in the past, certain internal medicine specialties were more competitive than others. Competitive programs are those that had a higher percentage of their total positions filled. The most competitive subspecialties were cardiology and interventional pulmonary that both filled 100% of their positions, followed by gastroenterology (99.8%) and hematology/oncology (99.7%). Three subspecialties filled fewer than 65% of positions: adult congenital heart disease (63.6%), transplant cardiology & heart failure (55.9%), and geriatrics (45.4%). 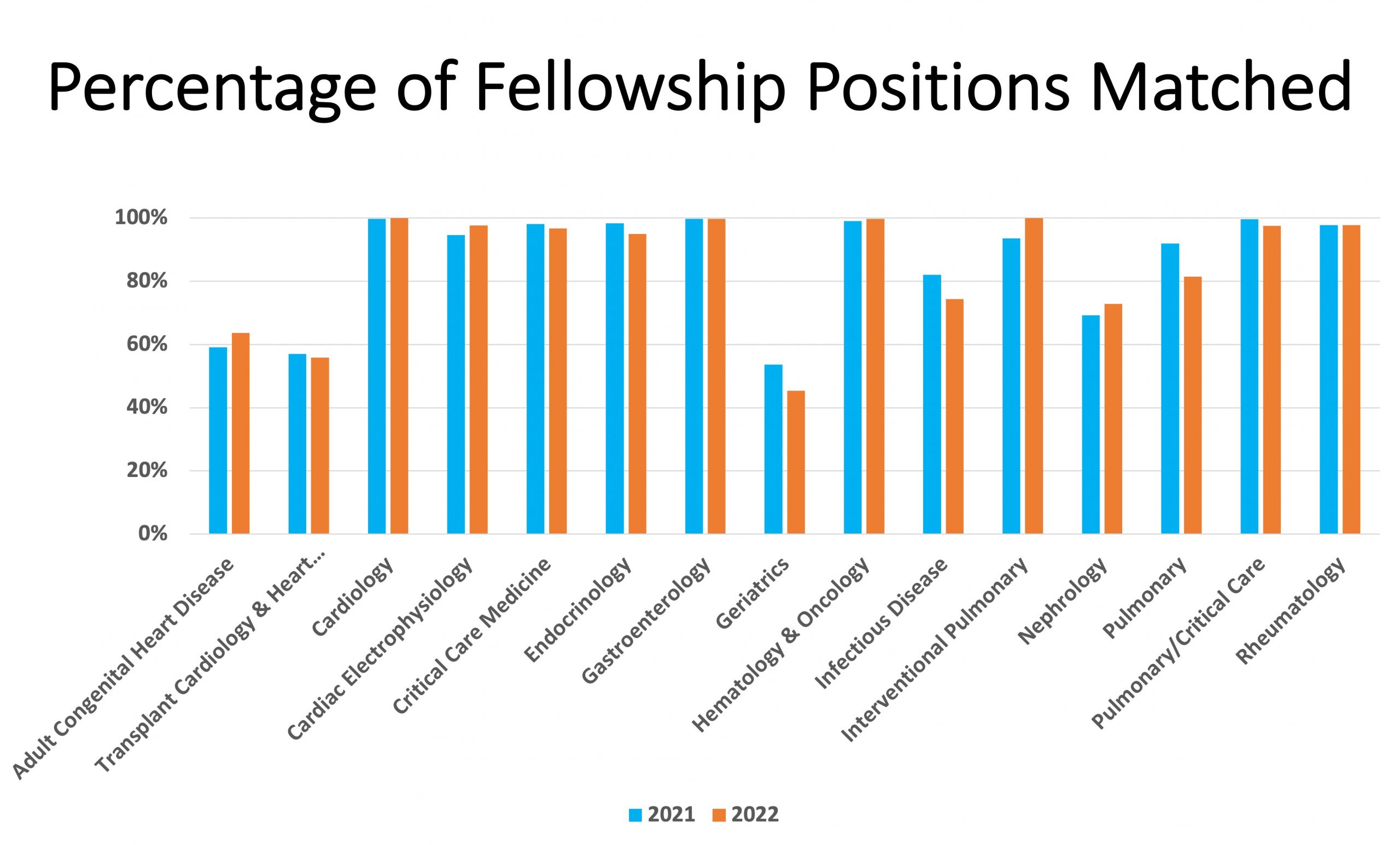 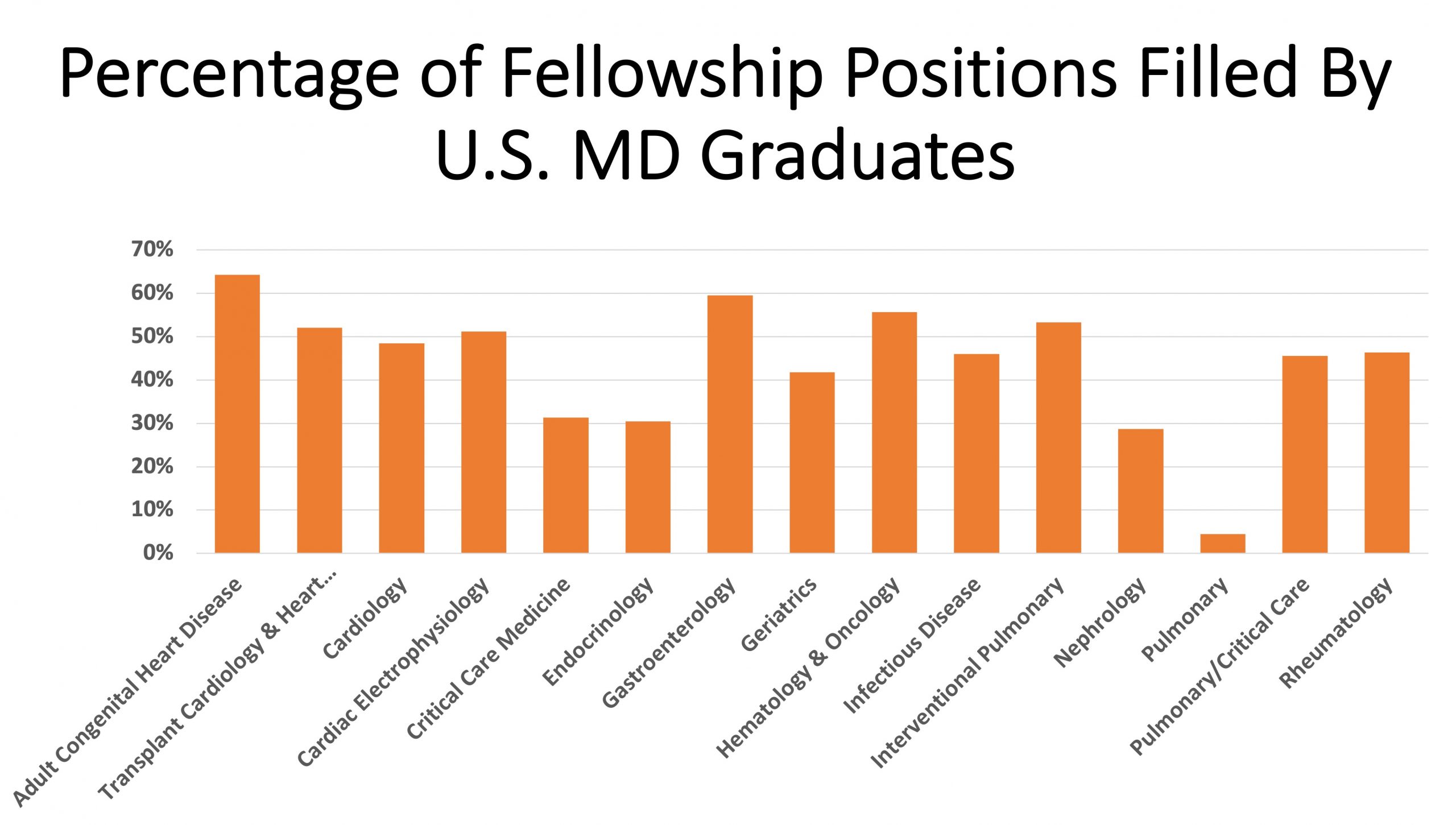 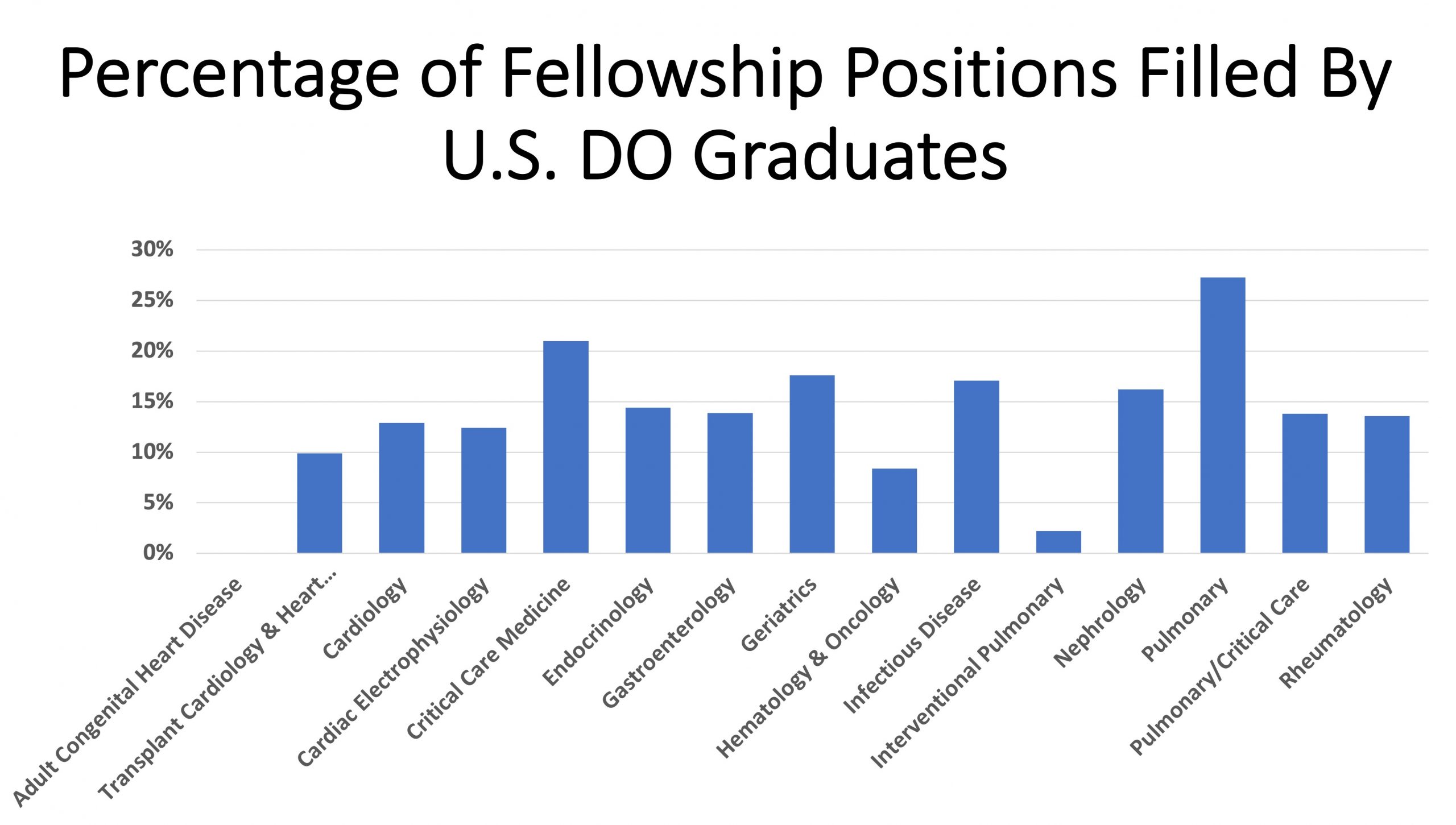 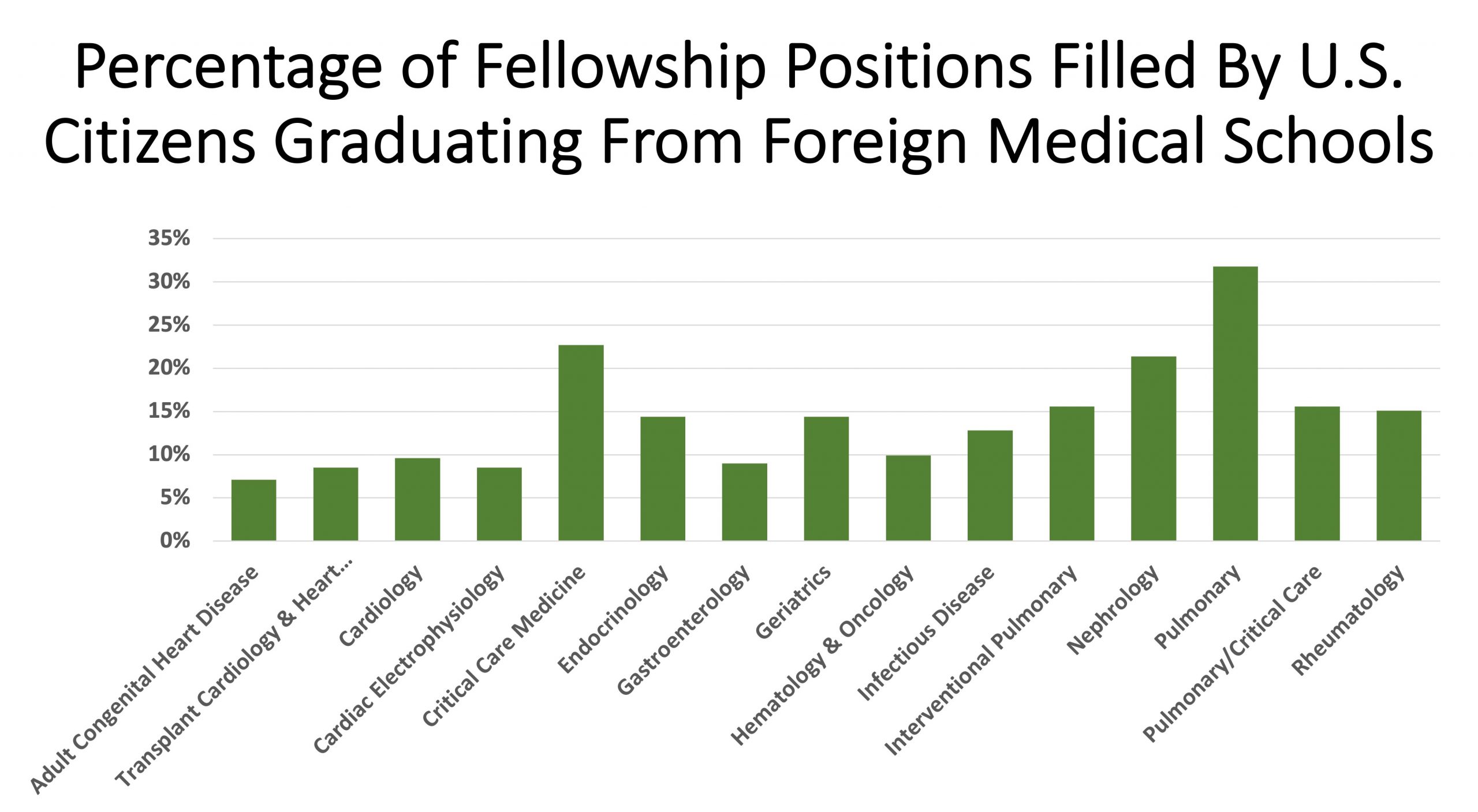 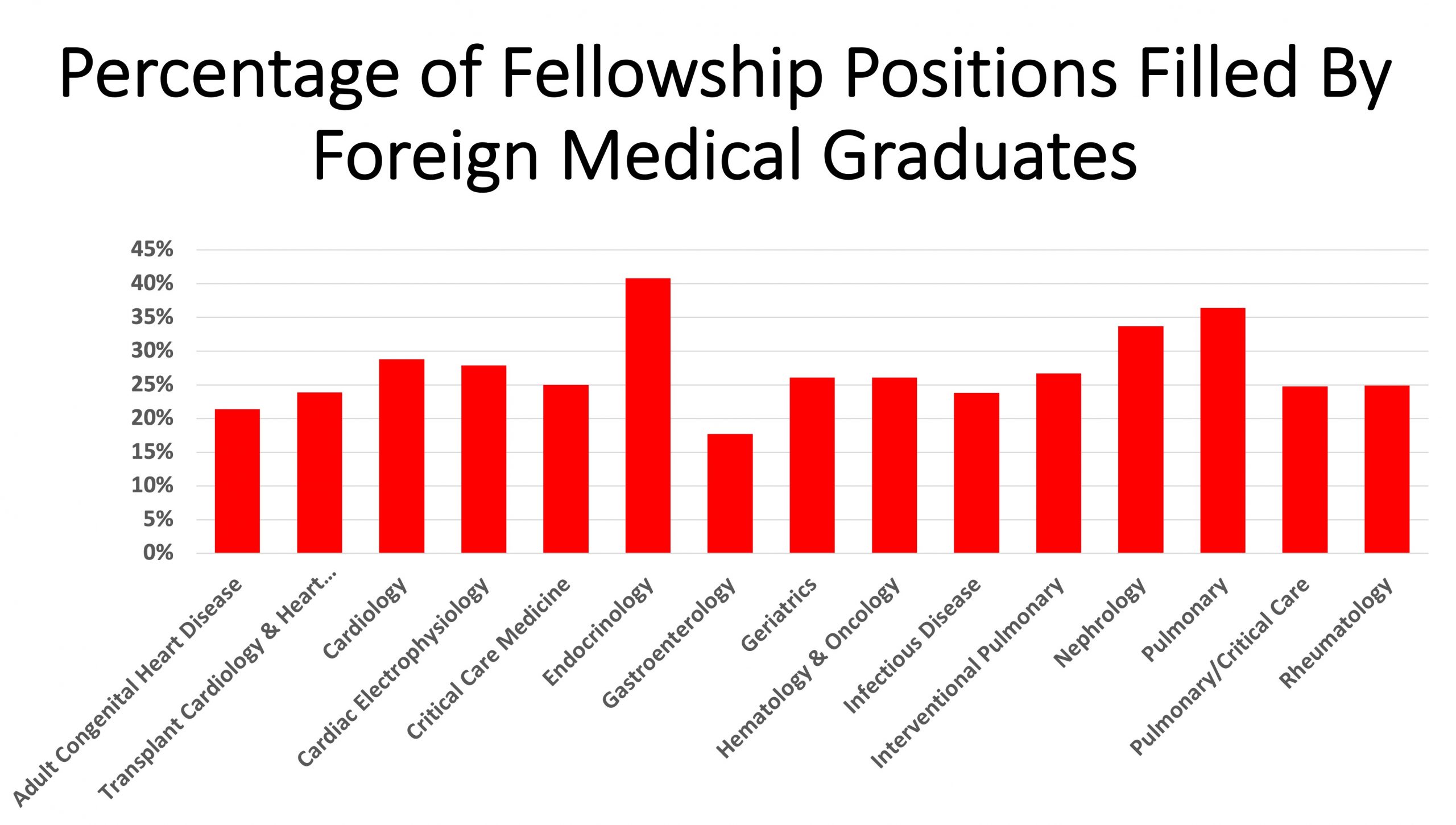 The most competitive pediatric subspecialty fellowships were gastroenterology, emergency medicine, and cardiology which all filled more than 97% of available fellowship positions. Similar to internal medicine, the least competitive subspecialties were infectious disease (49%) and nephrology (54%), as well as endocrinology (61%). 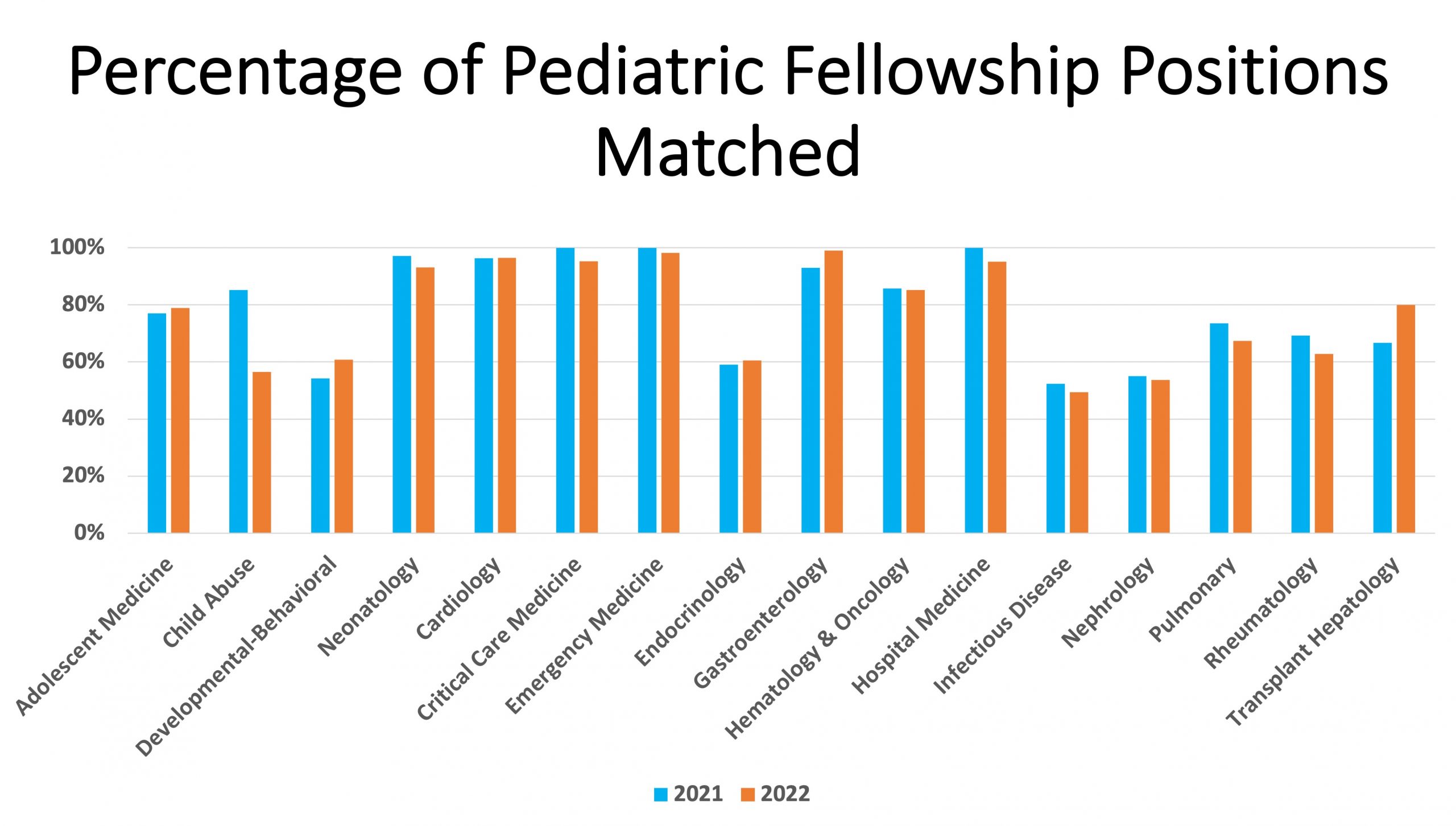 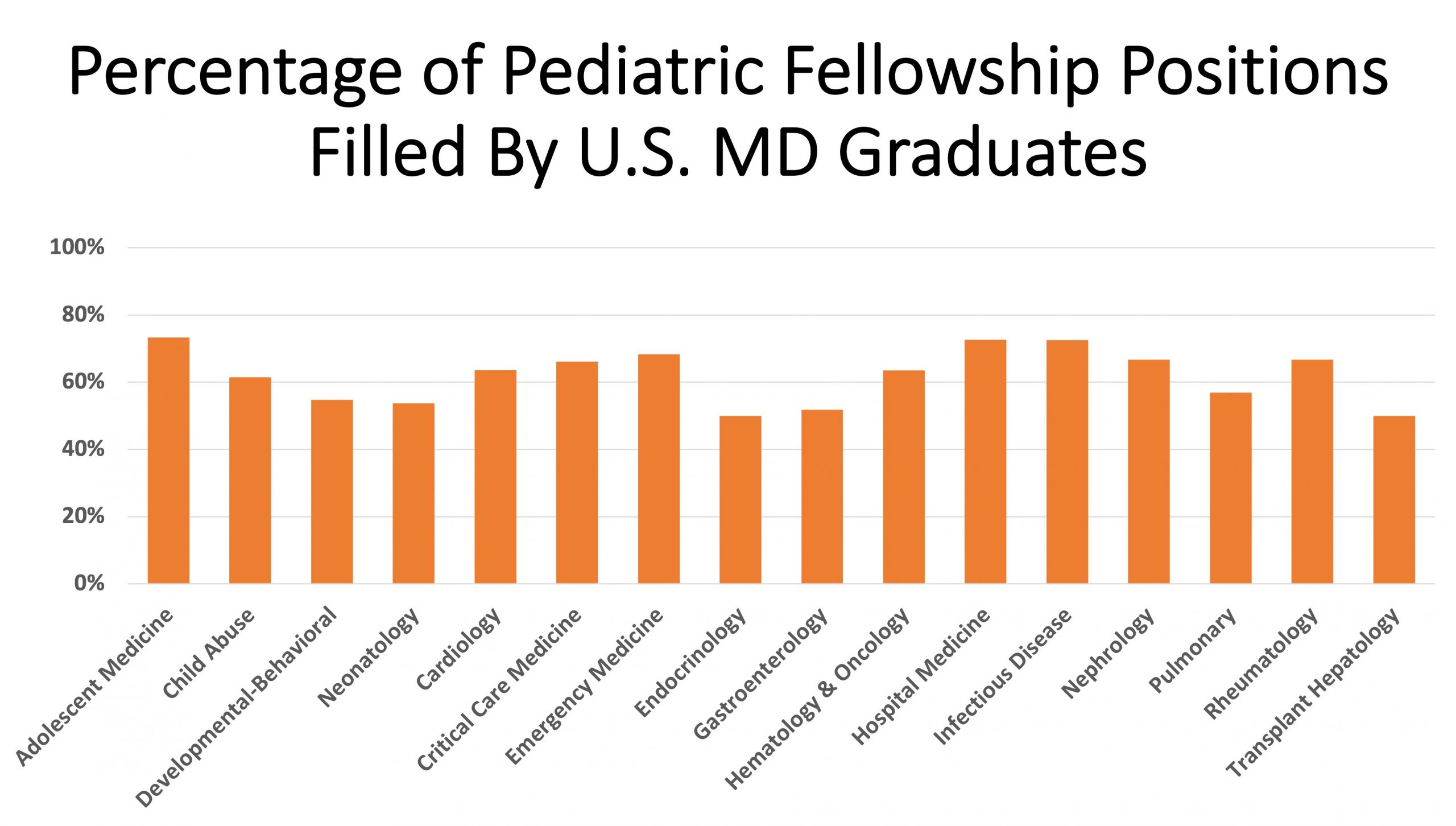 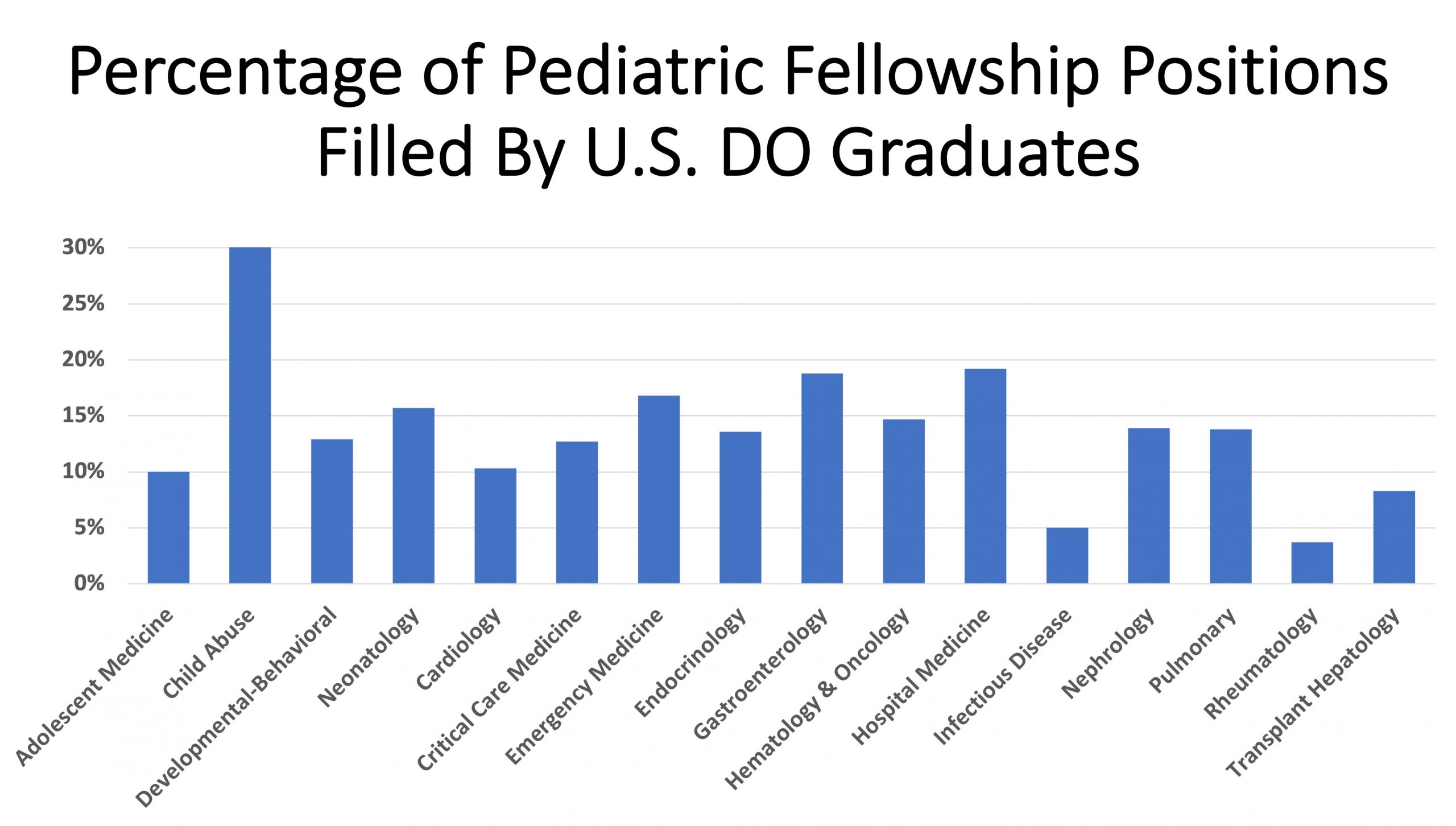 There were only 135 U.S. citizen graduates of foreign medical schools who matched into pediatric subspecialty fellowships with the highest percentages in developmental-behavioral medicine (16%) and endocrinology (14%). 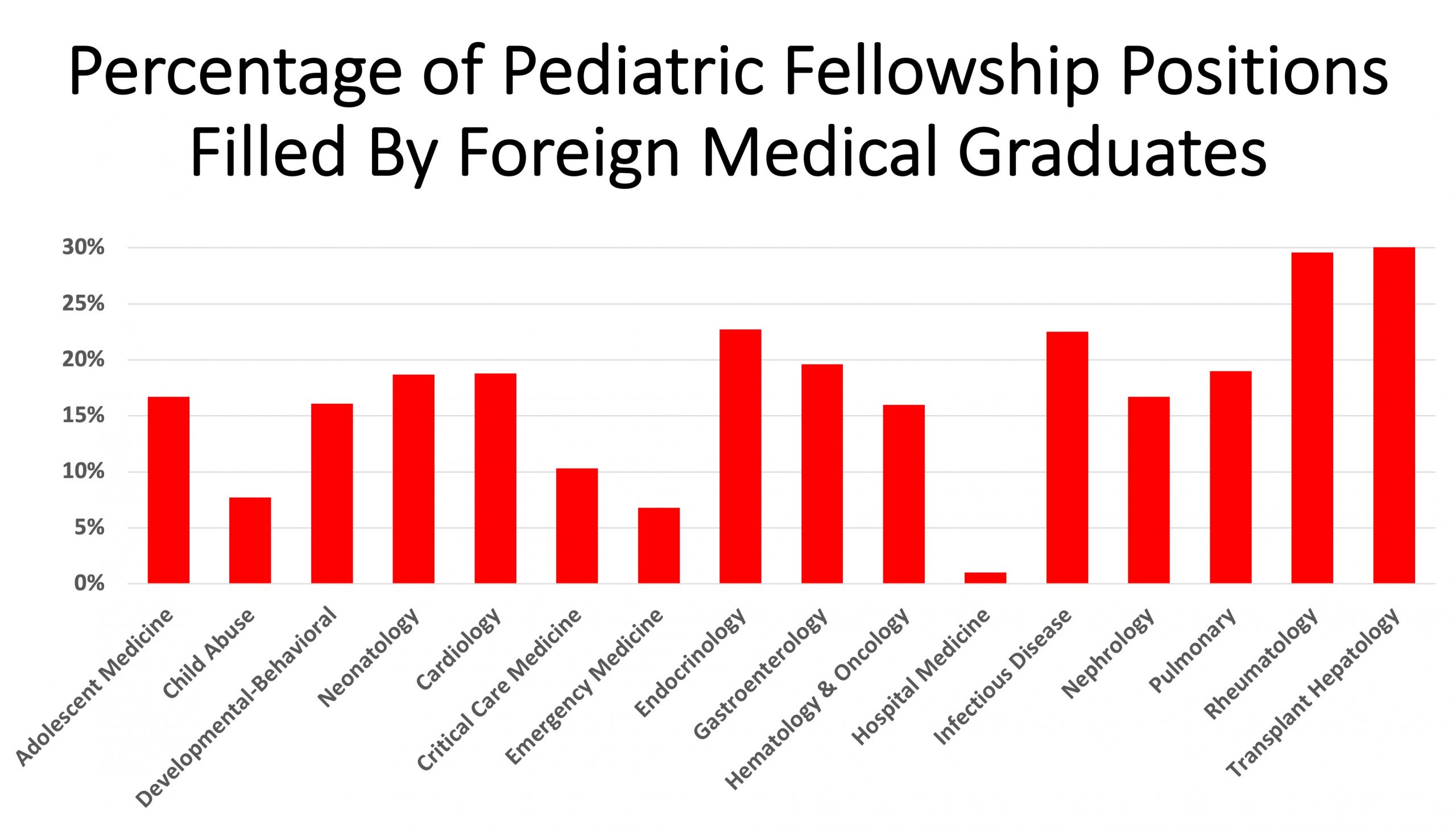 Implications of the match

The results of the match suggest that the United States will see an increasing shortage of both adult and pediatric nephrologists and infectious disease specialists. Pediatric endocrinology and adult geriatrics will also face physician shortages In order to attract these subspecialists, hospitals will need to subsidize their salaries as they are not able to generate competitive incomes by professional revenues alone. As these shortages become more severe, the clinical services provided by these subspecialists will need to increasingly be provided by primary care physicians and advance practice providers.