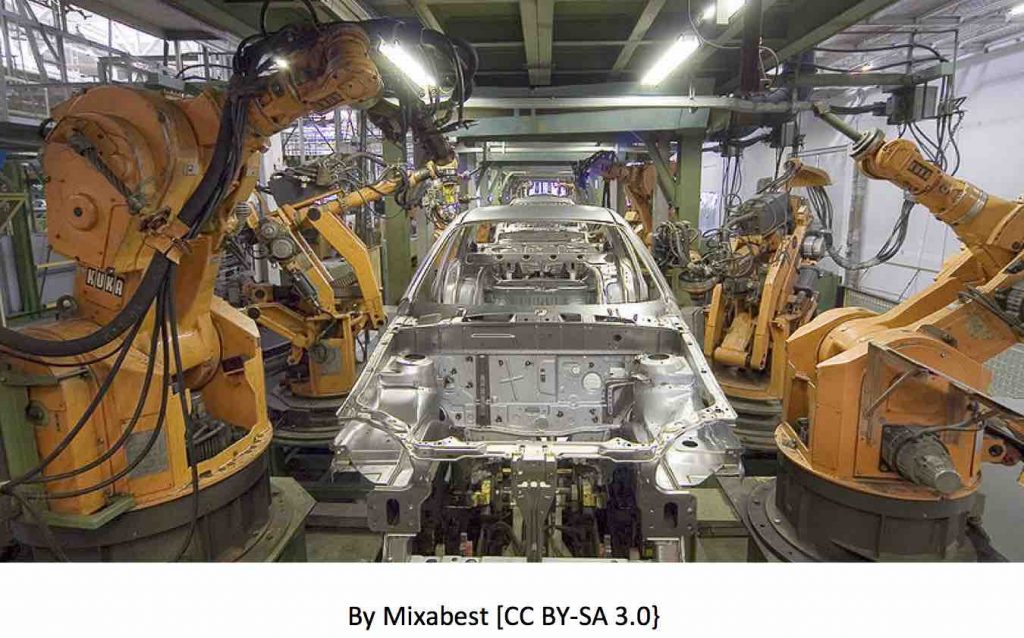 There are a lot of signs that the “great recession” that began in 2008 is over. The unemployment rate is the lowest that it has been in 12 years. Manufacturing output is back to pre-recession 2008 levels and close to a record high. However, manufacturing jobs are not; in fact, America has lost 5 million manufacturing jobs since 2000. The reason isn’t that they’ve been stolen from low wage countries, the reason is robotics.

Over the past 25 years, advances in production robotics has resulted in many of the factory jobs once done by assembly line human workers now being done by robots. They are faster, they are more accurate, they don’t have expensive fringe benefits, they don’t go on strike, and they don’t call in sick. In other words, automation of U.S. factories has reduced production costs and eliminated an enormous number of manufacturing jobs. And those jobs are not coming back. In our factories, robots replace people. 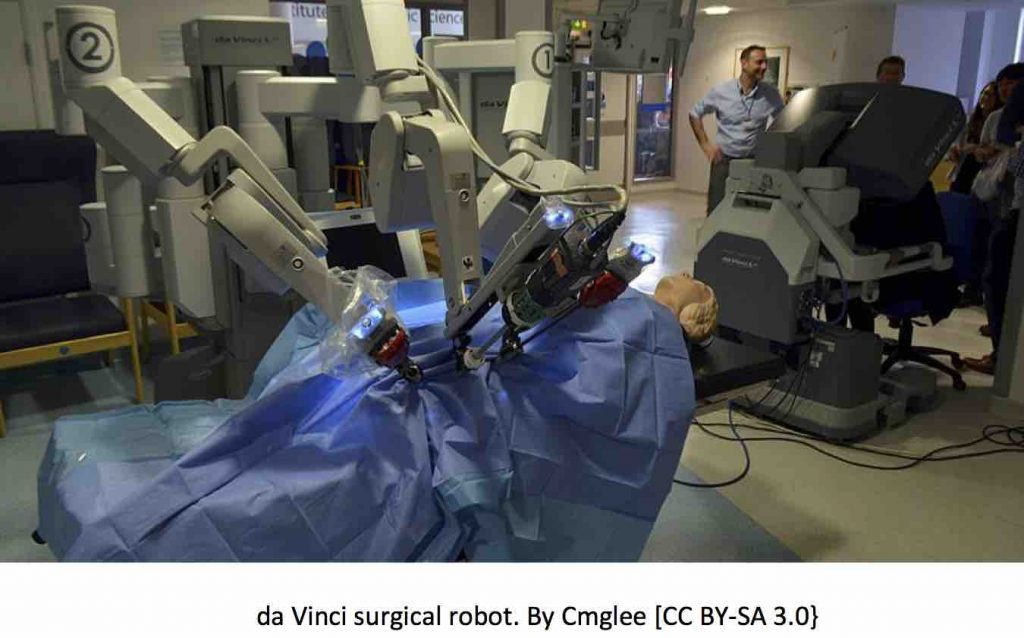 The robots are gaining a foothold in our operating rooms, too. But in the OR, they are not replacing people. The most commonly used surgical robot is the da Vinci system. It runs about $2.5 million per robotic unit. Until last month, our hospital was the only hospital in town without a da Vinci robot but we recently purchased one in order to grow our hernia repair program and our gynecologic surgery program. You see, we compete with our neighboring hospitals to attract surgeons and younger surgeons want access to the robots that they used when they were training as residents and fellows. If you don’t have a robot, the top young surgical recruits are going to go across town to your competitor hospital. Moreover, many patients have a perception that surgeries done with a robot are better than those done solely by hand. Having a surgical robot is no longer a competitive advantage for a hospital, it is a competitive necessity.

You need just as many people in the operating room when you are doing a robotic surgery as you do without a robot. You see, unlike in the factory, where manufacturing robots replace people, in the operating rooms, surgical robots augment people. The surgical robot is not used for “automated surgery” but instead is controlled by the surgeon who sits in a console and controls the arms of the robot. Instead of the surgeons hand holding a scalpel, the robot’s arm holds the scalpel and the surgeon’s hand controls the robot’s arm. With cameras on the end of the robotic arms, this allows the surgeon to get into tight places and use smaller incisions than he/she could with  a regular open procedure. This translates to less post-operative pain and more rapid recovery. It doesn’t necessarily make the surgery faster or less expensive – it just makes the surgery better.

But at least for the foreseeable future, the intrusion of robots into the operating room is not going to translate to a loss of OR jobs. So, if you are a teenager and your career goal was a  union job at the General Motors plant, you need a new goal. And if you think you can go to truck driving school and have a job to last a lifetime, think again. But for the next 15 years, a robot is not going to take your operating room job away.