An article in this week’s JAMA looked at the administrative cost of physician billing at Duke University Medical Center. To start, the authors mapped the entire billing process – it takes 12 different steps and involves many different people along the way. The results confirmed what most of us intuitively already knew: billing for medical services is costly and the time cost to the physician is excessive. The costs ranged from $20.49 to pay for the billing costs of a primary care physician visit to $215.10 to pay the billing costs of an inpatient surgery, and this was just for the physician services. 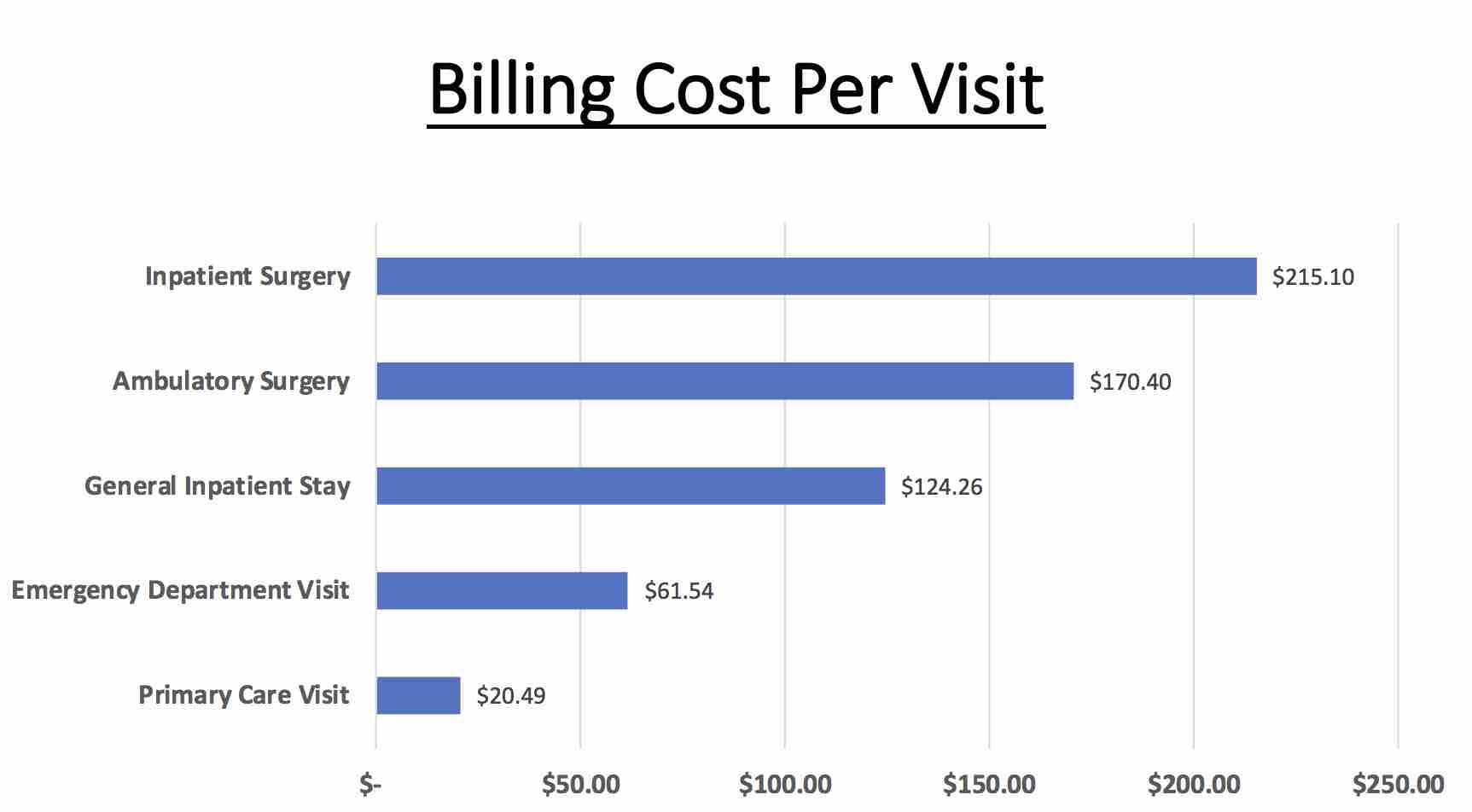 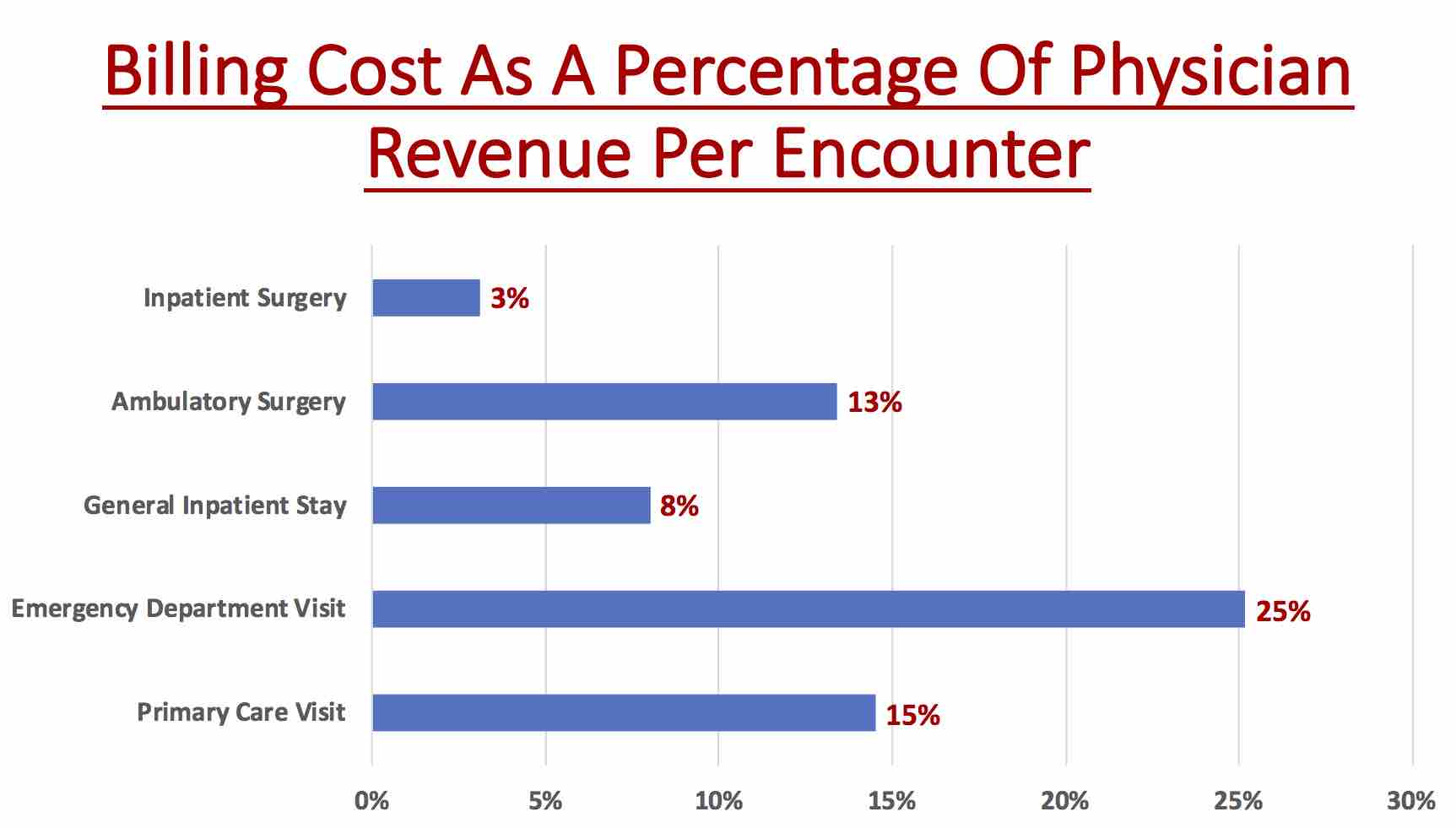 Although revenue cycle staff do a lot of the billing work, disturbingly, a lot of the time of billing is done by physicians. So, for example, for that primary care office visit or for the ER visit, the physician spends 3 minutes preparing and submitting the bill. The amount of physician time to bill a general inpatient stay is 5 minutes. For either an outpatient or inpatient surgery, the physician spends 15 minutes doing the billing.

These results are likely conservative – Duke is a big organization with a robust electronic medical record system and most smaller physician practices are probably less efficient with more costly billing. The electronic medical record was supposed to simplify administrative tasks such as billing but it hasn’t. This study does not address why but I have some ideas why costs have risen in the era of the EMR:

Healthcare economists are searching for ways to reduce the costs of American medicine. Currently, we have by far and away the most expensive medical care in the world, yet the quality of care that our citizens receive on average is lower than most other industrialized countries. By simplifying our billing process and doing away with senseless coding and documentation requirements, our overall costs will go down and physicians will have more time to spend taking care of patients rather than billing for the care that they provide. The editorial that accompanied this week’s JAMA article stated that in the U.S., we spend about $500 billion in medical billing every year. You could give a lot of flu shots, do a lot of screening colonoscopies, and buy a lot of blood pressure medications for $500 billion a year.