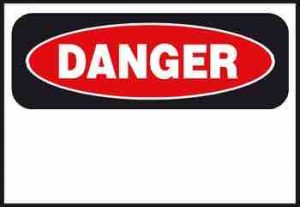 Alright, from the title of this post, I’m sure you are trying to guess what it is. Open heart surgery? A craniotomy? Separation of conjoined twins? Wrong. The most dangerous procedure in medicine is the hospital discharge.

From the time a patient is admitted to the hospital, the medical resident or the hospitalist has one mission – to get that patient discharged, preferably alive. That’s because the discharge is the ultimate goal of a patient’s hospitalization.

We are singularly focused on discharge. As soon as a patient hits the nursing unit, we are pressing the admitting physician to enter a projected discharge date so that the hospital’s case management machinery can start working to get that patient out of the hospital. We analyze hospital length of stay for each physician, rewarding those who keep their length of stay index below one and chastising those with a length of stay index greater than 1. We put enormous resources into getting discharges out of their hospital room by noon so that we can make room for the next patient.

So why aren’t we patting each other on the back for every hospital discharge, after all, the fact that the patient is being discharged means that they are getting better so we were successful, right?

The problem is that there is so much that can go wrong when we discharge a patient. Here are just a few of them:

There are a thousand things that can go wrong when a patient gets discharged. And that’s why the discharge is the most dangerous procedure in medicine.