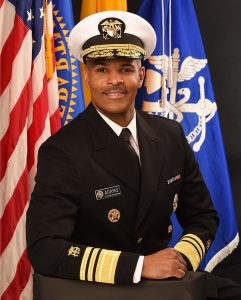 Last week, I delivered the opening introduction to the annual Addiction Studies Institute, an annual conference sponsored by Talbot Hall, the addiction recovery hospital at our medical center. This is the 28th year of the conference and was attended by more than 1,000 health professionals, clergy, educators, and criminal justice professionals who had one thing in common: dedication to the treatment and prevention of addiction disorders. The key note speak was Dr. Jerome Adams, the Surgeon General of the United States. He had a powerful message about our current opioid crisis and that it takes people from many professions to combat it. I left the conference energized and ready to help do my part in curing society of this scourge.

And then I came back to my world in the hospital, to learn that yet another one of our physicians had been physically threatened by a patient because of refusal to prescribe opioids.

Currently, 1-2 people in Columbus, Ohio die every day from drug overdose. Nationwide, 64,000 people die of an overdose every year. The reasons for our current opioid crisis are complicated but are largely due to the confluence of three key factors:

There have been several initiatives to battle the opioid crisis, particularly to reduce the excessive prescription of opioid pain medications that have caused many people to unwittingly become addicted. Here in Ohio, for example, there has been the creation of the OARRS database, where pharmacists upload records of all opioids dispensed in Ohio by a doctor’s prescription; prescribers are required to check the OARRS database prior to every opioid prescription to ensure that patients are not getting opioids from multiple physicians. The state medical board limits the number of days that a patient can receive opioids for post-operative surgical pain. There has been a state-wide effort to use non-opioid pain medications whenever possible, including the approval of a new medical marijuana law here in Ohio.

The result of all of this is that it is harder for physicians to prescribe opioids and by prescribing opioids, physicians increasingly put themselves at risk of sanctions by the state medical board, including loss of their medical license if they don’t follow all of the regulations exactly. Consequently, many doctors in Ohio are reluctant to prescribe opioids and patients who have become addicted get desperate.

Recently, we had a very good physician resign from our hospital because a patient threatened the doctor with death if the doctor would not prescribe opioids. The patient had initially been treated with opioids for cancer pain but with effective treatment, the cancer was cured. Since the cancer was cured, the cancer-related pain should also have resolved and when the doctor said that it was time to taper the opioid pain reliever off, the patient became irate. This was a doctor whose professional life had been dedicated to relieving pain and suffering, particularly of those people with cancer but to the doctor, it was not worth the risk to life nor the fear of walking through the clinic parking lot alone every morning.

This week, a patient called and threatened another one of our doctor’s lives – the doctor had not even seen the patient for 3 years but another prescriber, had told the patient that they were no longer able to prescribe an opioid pain medication to the patient and somehow the patient got it in his head that it was all the original doctor’s fault.

As physicians, we take these threats very seriously because sometimes patients act on these threats. On July 26, 2017, in South Bend, Indiana, Dr. Todd Graham (a physiatrist) refused to write a prescription for an opioid pain medication for a patient and later that afternoon, the patient’s husband shot and killed him. Every pain management physician knows about this case and thinks about it every time they de-escalate an opioid prescription or decline a request for a new opioid prescription.

Sometimes the threats are more subtle and play more to the physician’s emotions rather than making physical threats. I had a patient who I prescribed oxycodone-containing cough suppressants who, when told that I was not going to prescribe them anymore, told me that he would just have to buy opioids on the street and that my failure to continue to prescribe the cough suppressant was going to turn him into a street drug addict. He said that his impending use of heroin was going to be all my fault… I still said no.

Sometimes the threats are not so much physical or emotional but the threat of inconvenience. As an example, we had an inpatient who wanted an opioid pain medication and the hospitalist did not find a justifiable indication for it and refused to prescribe it. The patient threatened that if the doctor didn’t prescribe him Percocet, that the patient was going to report that the doctor was intoxicated. The doctor refused and so the patient called the medical staff office to report the hospitalist was drinking on the job. We had to pull the hospitalist off of rounds and sequester the doctor in the administrative offices until we could get the lab director to do an alcohol breath test. It was, of course, negative, however, the time of sequestration put the hospitalist behind in her rounds and so she ended up working a couple of hours later than her normal shift in order to finish her patient care duties… and the patient never did get the Percocet.

“To relieve pain and suffering” is at the core of what makes us doctors. But then so is the tenet of “first, do no harm”. The problem with opioids is that they can relieve pain but they can also cause harm, to the patient but also less directly to the physician. It is incumbent on all of us to create treatment environments where physicians can feel safe from being the ones who are harmed by the opioid epidemic.