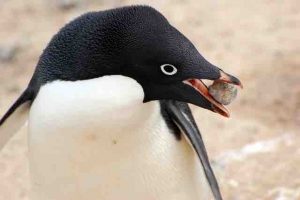 If you are addicted to the National Geographic Channel, like I am, then you’ve probably seen videos of Adelie penguins. The males build nests out of stones in frozen Antartica in order to attract female penguins. Instead of going out and collecting their own stones, some criminal male penguins will steal stones from one his neighbor’s nests when his neighbor is out stone-hunting. Hospitals do the same thing – except instead of stones, they steal surgeons.

There are two ways that you can get acquire a high-volume, low-complication surgeon. You can hire him or her straight out of residency and then develop him/her by careful mentoring. Or, you can recruit them from another hospital. Recruiting from an out-of-state hospital is usually seen as fair game. A hospital in Columbus, Ohio doesn’t really compete with a hospital in Tampa, Florida when it comes to doing hip replacement surgeries so leaving a hospital in Columbus for a hospital in Tampa is not seen as taking surgical market share to Tampa. 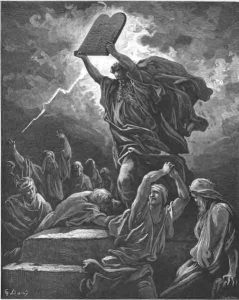 But recruiting a surgeon from one hospital to a different hospital in the same city is typically seen as playing dirty. First, that surgeon likely has a large referral base of primary care physicians and those physicians will continue to refer their patients to the surgeon regardless of which hospital he/she is operating at. Second, the first hospital has invested several years developing that surgeon to get him or her to a point of efficiency and notoriety.

A great surgeon wasn’t a great surgeon the day he/she finished residency. It takes time after training to become really great. In his book Outliers: The Story of Success, Malcolm Gladwell proposed that to be really great at something, you need to spend 10,000 hours in meaningful practice of it. For example, Bill Gates spent about 10,000 hours programming before he came up with the foundations of Microsoft’s operating system. The Beatles practiced and played concerts together in Germany for 10,000 hours between 1960-1964 before they made music history. A surgeon can’t get 10,000 hours of operating room time during a 5-7 year residency. Most of their operating time during training is spent as an assistant rather than being the primary surgeon and even so, they’d have to spend 40 hours a week operating for 5 years to get to 10,000 operating hours. So it takes some time after residency to make a good surgeon a great surgeon – I think it is typically about 7 years. Those 7 years are kind of like the time the Beatles spent in Germany before they became famous.

Now, if you are a competing hospital in the same city, you can either spend $675,000 cultivating your own surgeon right out of residency or you can spend $675,000 recruiting another hospital’s surgeon who is at the end of their 5-year start up. And if you really want to come out ahead financially, you can give that surgeon an extra $150,000 per year for 4 years (total $600,000) and save yourself $75,000 that you would have spent cultivating a newly trained surgeon. 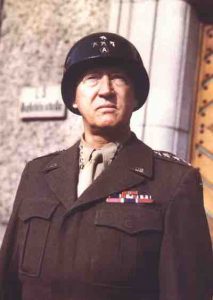 When leaving Africa in 1943, General George S. Patton famously said “No dumb bastard ever won a war by going out and dying for his country. He won it by making some other dumb bastard die for his country.” Similarly, a hospital wins the surgery volume war not by paying to develop its own surgeons but by making some other hospital pay to develop the surgeon… and then stealing them.

Not all types of surgeons are equal in this regard. For example, a surgeon who is really good at something unique and cutting edge that brings in lots of new lucrative elective surgeries to the hospital, like robotic prostatectomy, makes for great stealing. On the other hand, a general surgeon in a city with 50 general surgeons may not be worth spending as much to steal.

Additionally, optimal efficiency is not just a function of the surgeon but it is the entire operating room team, including the physician assistant, nurses, and operating room technician. It is much harder to steal an entire team from a hospital so there is inevitably some lost efficiency from a newly stolen surgeon.

Hospitals create barriers to other hospitals absconding with their surgeons by implementing “non-compete” clauses in the surgeon’s contract. A typical non-compete clause will say that the surgeon cannot work at a hospital within 10 miles for a year after resigning. There are ways around the non-compete clauses, however. They can be contested in court and the surgeon may or may not win. Or the hospital stealing the surgeon can locate the surgeon in a branch hospital or surgical center just outside of the non-compete radius. This happened to us a couple of years ago when 2 plastic surgeons a few years out of residency were recruited by a competing hospital system in Columbus that then located them at one of their branch hospitals that is 10.5 miles away from the OSU Medical Center, a half mile beyond the non-compete radius.

So in deciding whether to grow your own surgeon or steal someone else’s, it all comes down to financial strategy. Either approach can be cost effective and it is ultimately finances and not morality that guides behavior.