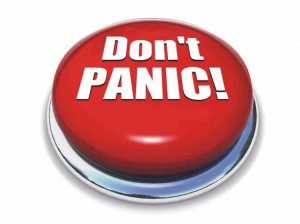 At our larger, tertiary care, University Hospital, we have a “difficult airway team” with an experienced anesthesiologist with a surgeon for back-up available in the hospital 24-hours a day. At University Hospital East, we don’t have a difficult airway team in the hospital at night and the anesthesiologist and surgeon have to be called in from home when a difficult-to-intubate patient develops respiratory failure. In the operating room, the percentage of patients with a difficult airway is 1-4% but in the ICU or ER, it is as high as 20%. So what can the hospitalist or emergency room doctor do to ventilate the patient for the 20 minutes it takes before help arrives? 15 years ago… not much. But now, we have a lot of devices that we can use when an endotracheal tube cannot be placed. Here are some of the more common ones:

The whole idea of using any of these techniques is to be able to ventilate the patient as quickly as possible. So when should they be used in the hospital? First, if the physician is not trained or proficient in performing endotracheal intubation with a standard laryngoscope – there is just too much that can go wrong such as placing the endotracheal tube in the esophagus or causing airway trauma that can create difficulty even for the skilled operator who performs an attempt later. Second, if the physician cannot get the patient intubated quickly using a standard laryngoscope – my rule is that if it takes 3 tries, you need to go to another option. If all else fails, then the cricothyroidotomy is the procedure of last resort. The last time I did one of these was on a dog during an Advanced Trauma Life Support course in 1983 and I hope that I never have to do one again.

If you are on call by yourself in the hospital at night, make sure you know what is available because when you are responding to a cardiorespiratory arrest and you encounter a difficult airway, you’re not going to have time to go to a computer and search the internet for advice.