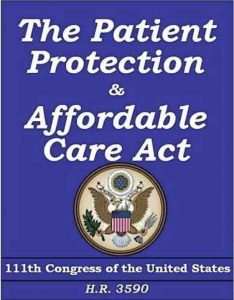 The Patient Protection and Affordable Care Act of 2010 has been one of the most polarizing pieces of legislation in recent history. Whether you call it the ACA or Obamacare, you probably either love it or hate it. One of the features of the Affordable Care Act was Medicaid expansion which was particularly objectionable to many Americans who believed that it was a threat to the idea of personal responsibility that has been central to American cultural identity. But there is a hidden side of Medicaid expansion that most people don’t realize, one that has left many critical access hospitals in the U.S. in danger of closing.

On the surface, it might sound like the argument offered by these 19 states was correct. But under the surface, things are a lot more complicated and it all comes down to the “disproportionate share” funds.

There are 5,686 hospitals in the United States. Of these, about 250 are “safety net hospitals” that serve a disproportionate share of poor and uninsured patients. The federal government has long provided support for these hospitals in order to keep their doors open and provide care to those patients who cannot pay for it themselves. It makes sense: if you own a restaurant and a customer comes in asking for dinner but says he can’t pay for it, he doesn’t get served; but if a patient comes in to the emergency department with appendicitis and can’t pay for the appendectomy, the hospital and the doctors are legally required to provide care for him. The federal program that supports these safety net hospitals is the “Disproportionate Share Hospital” or DSH program that was enacted in 1981 as part of the OBRA act. Although 3,109 American hospitals have received some DSH funding, most of it is concentrated in hospitals in urban areas. Last year, federal DSH payments were $11.9 billion.

On the surface, this might sound like a victory for those states that opted out of Medicaid expansion but there are two problems.

First, DSH funds are a lot less than Medicaid funds so the increased DSH funds in states that did not expand Medicaid will not offset the lower federal Medicaid funds that these states would have received with Medicaid expansion. Last year, the federal government spent $300 billion on Medicaid but only $11.9 billion on DSH.

Let’s see how this plays out for a patient with coronary disease. When he has a myocardial infarction, DSH funds help to pay for his cardiac catheterization and coronary stent placements but once he leaves the hospital, he has no way to pay for Plavix or a statin and he has no insurance coverage to see a primary care physician for on-going preventive care. On the other hand, Medicaid funds pays for the cardiac catheterization and stent but also pays for the Plavix, statin, and primary care physician. In a DSH model, the patient keeps coming into the hospital with more myocardial infarctions requiring additional cardiac catheterizations and ultimately ends up disabled whereas in the Medicaid model, the patient does not have additional myocardial infarctions, stays out of the hospital, and remains in the workforce.

In Ohio, our legislators and our governor understood all of this and realized that failure to expand Medicaid was going to result in our safety net hospitals facing budget deficits or closing and Ohioans’ federal income tax dollars going to the other states that did expand Medicaid. But the legislators also knew that the average Ohio taxpayer did not understand all of the nuances of DSH funds and Medicaid expansion so they were in a bind: if they didn’t pass Medicaid expansion, federal funds were going to go to other states and not Ohio but if they did pass Medicaid expansion, they were going to have a hard time being re-elected because of the visceral reaction that many Ohioans had against the Affordable Care Act.

The solution was nothing less than brilliant. The legislature voted against Medicaid expansion thus saving face and ensuring their reelection and then the governor found a way to expand Medicaid via executive action thus ensuring Ohio did not lose out on the federal Medicaid expansion funds in a time of reduced DSH funds. In return, the legislators did not excessively criticize the governor or attempt legislation to overcome the executive action. Everybody won.

Our medical students and residents realize this and it makes Medicaid expansion states a lot more attractive to start a medical career in than those states that did not expand Medicaid.