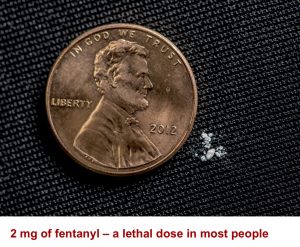 Fentanyl is about 25-50 times stronger than heroin and typically gets into the United States through the regular mail from producers in places like China where it can be ordered on-line over the internet. Like most American cities, Columbus has been flooded with fentanyl and its cousin, carfentanil, which is about 100 times more potent than fentanyl and is often mixed in with other drugs, such as heroin. The result is that the potency of street drugs is often unpredictable and it is easier than ever before to overdose. In fact, here in Columbus, we average 1-2 overdose deaths per day. Nationwide, about 64,000 Americans die of drug overdose every year. That’s more than the number of Americans who died in the entire 20 years of the Vietnam War. It is the 8th leading cause of death in the United States. Many people who overdose on opioids die before anyone can help them but increasingly, our first responders and emergency departments encounter patients when they are unconscious but still alive.

Given the ubiquity of opioid overdose, it is now necessary for all physicians to be able to rapidly assess an unresponsive person and determine if they likely took an overdose of an opioid because if so, then immediate administration of the drug naloxone can be life-saving. One of the most important clues is to look at the pupils. 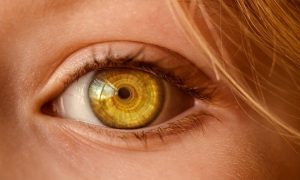 In an overdose, the pupils will be tiny and constricted. Although there are other conditions that can cause pinpoint pupils (Horner’s syndrome, cerebral hemorrhage, prescription eye drops, etc.), opioid overdose is at the top of the list, particularly if both pupils are constricted equally. Normal-sized pupils do not entirely rule out opioid overdose because if a person is simultaneously taking another drug that can cause pupil dilation, then the pupils may appear normal in size. 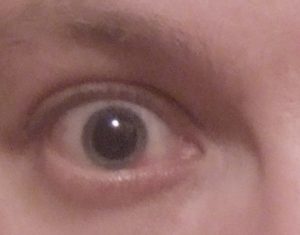 On the other hand, if an unconscious person has dilated pupils, then think about alcohol intoxication. Other things that can cause dilated pupils include prescription medications (decongestants, antihistamines, anti-epileptic drugs, tricyclic antidepressants, Sinemet, etc.), certain street drugs (amphetamines, cocaine, LSD), cerebral edema, or previous eye injury.

The reason that rapid diagnosis of opioid overdose is so important is that intranasal naloxone can save the person’s life. Naloxone can be administered to the nose in two ways – either a pre-prepared intranasal device containing naloxone (sold under the brand name Narcan) or by attaching a spray adaptor to the end of a syringe containing naloxone. The former is more expensive but more convenient, the latter is less expensive but less convenient.

So, when faced with an unexpectedly unconscious and or not-breathing patient, be a pupil of the pupils.