As an intern, the one specialty I was sure I did not want to go into was pulmonary. The inpatients all had either COPD or lung cancer brought on by the bad life choice of smoking, the sputum they brought up was gross, and there didn’t seem like there was anything we could do for them. So, back in 1987, I decided to do a critical care fellowship and pulmonary was just the necessary appendage to a critical care fellowship. I was a bit surprised when I read the 2018 Medscape Physician Compensation Report that reported that pulmonologists appear to be among the most satisfied of physicians. The report is the compilation of 20,239 physicians in 29 specialties who responded to the annual Medscape survey. 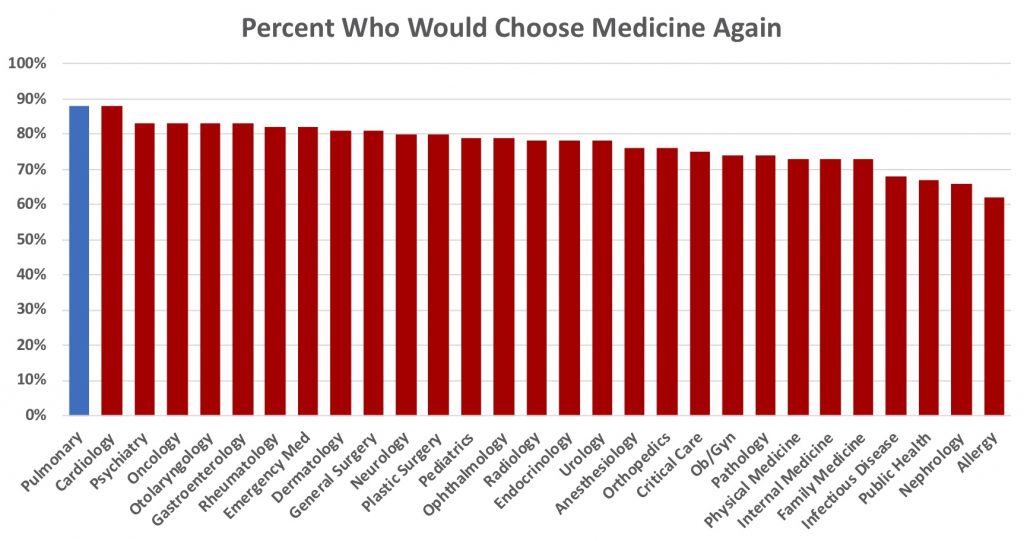 Although the main focus of the report is about monetary compensation, there are several other questions that to me are more interesting than salary One question asked is “If you were to do it all over, would you choose medicine again?” Pulmonologists were more likely than any other speciality to respond that yes, they would choose medicine again at 88% of respondents, with cardiologists a very close second. In a previous blog post, I have commented on the fact that fewer physicians are choosing infectious disease and nephrology and this is reflected by the the low percentage of nephrologists (66%) and infectious disease specialists (68%) who would choose medicine again. 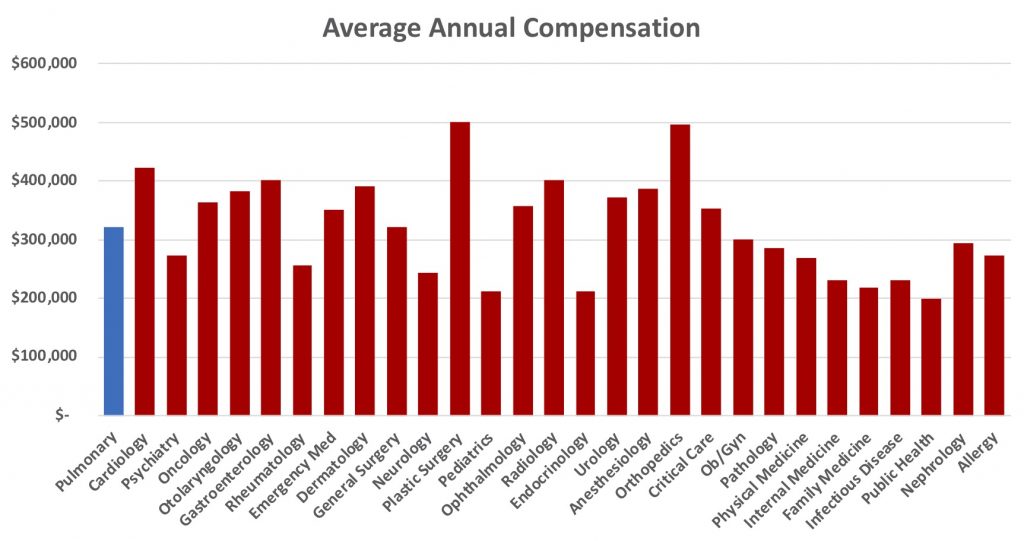 So, could it be salary that makes pulmonologists so happy? Probably not. All physicians make an extraordinary income compare to the rest of Americans. But pulmonologists are in the middle of the pack when it comes to earnings and earnings do not correlate very well with whether or not a respondent would choose medicine again. In fact, physicians in the highest earning specialties were just about as likely as the lowest earning specialties to report that they would go into medicine again. Plastic surgeons at 80% choosing to go into medicine as a career and orthopedic surgeons at 75% are the highest earners (note that neurosurgeons were not reported in the Medscape survey) where as pediatricians (79%) and endocrinologists (78%) are the lowest earners. So, it does not appear that income determines career satisfaction. However, in the Medscape survey, a separate question asked “If you had to do it over again and went into medicine, would you pick the same specialty?” In this case, earnings correlated with whether the physician would choose the same specialty with 98% of orthopedic surgeons and 97% of plastic surgeons choosing the same specialty again. 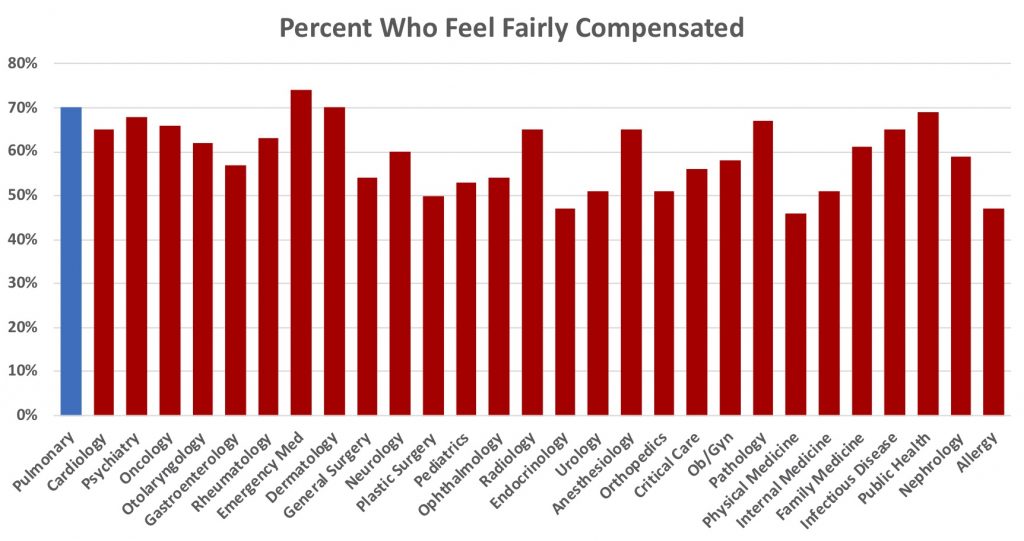 So why are pulmonologists so happy and willing to go into medicine again? No one knows for sure but I have my own opinions.