Initial reports from China in January 2020 was that the mortality rate of the novel coronavirus, COVID-19, was about 3%. Since then, the World Health Organization has been reporting daily mortality updates on its situation report website and the mortality rate has held at 3.4% in China. As of February 24, 2020, there have been 77,262 confirmed cases of COVID-19 in China with 2,595 deaths. However, outside of China, there have been 2,069 confirmed cases and only 23 deaths or 1.1%. So, why is the mortality rate of COVID-19 three times higher in China than anywhere else? When analyzing the outbreak, I believe that there is more than one reason. 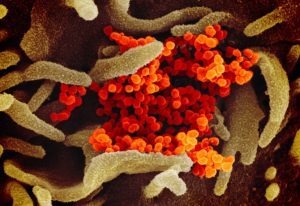 The United States gets a lot of criticism about poor overall national health compared to other economically advantaged countries. However, our nation’s poor health really relates to lifestyle issues (obesity, high numbers of suicide by gun, etc.) and outpatient healthcare (high percentage of uninsured citizens, poor access to primary care, high cost of medications, etc.). American inpatient hospital care is actually among the absolute best in the world. Similarly, Canadien and European nation hospitals provide great inpatient care to the sickest patients. On the other hand, many countries, such as China, lack the same ability to care for critically ill patients in their acute care hospitals and particularly in their intensive care units. The greatest danger of COVID-19 is respiratory failure and to successfully manage a large number of patients with respiratory failure, there has to be a well-trained population of critical care physicians, critical care nurses, and respiratory therapists. In addition, there has to be a sufficient supply of mechanical ventilators, monitoring equipment, and inpatient infection control practices in place. With SARS and Ebola outbreaks, the highest mortality rates were in those countries with the least ability to manage critically ill patients; in more economically advantaged countries, the mortality rates were much lower. 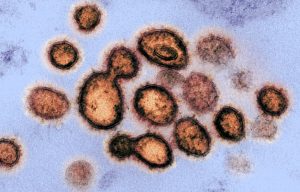 To accurately determine the mortality rate of a disease, you have to be able to identify every person who gets that disease. It is becoming clear that many patients with COVID-19 have milder forms of the disease and likely have gone undetected in China. In other countries, there have been efforts to track down and test any contacts of persons with confirmed cases of COVID-19 and as a consequence, milder cases are more likely to be detected in these other countries. When more of these milder cases are diagnosed, the ratio of deaths to confirmed cases falls resulting in a lower mortality rate. It is likely that there have been many more than 77,262 cases of COVID-19 in China and if that true number was known, then the mortality rate would likely be much less than the currently reported 3.4%.

Differences in the number of elderly and debilitated patients 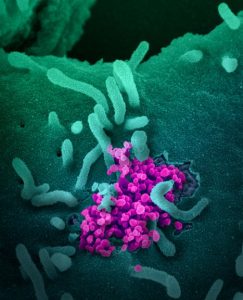 In China, the outbreak of COVID-19 has struck large metropolitan areas, such as Wuhan (a city of 11 million people). Like influenza, the people who are most likely to die from COVID-19 infection are the elderly, the very young, and those people with chronic medical conditions. In cities such as Wuhan, there are large numbers of these vulnerable people living in close proximity to each other with the result that many elderly and debilitated persons become infected. Until this week, most of the cases outside of China have involved persons traveling from China. International travelers tend to be young and middle aged adults. Newborns, the very elderly, and those suffering from chronic disease tend to not do as much international travel. Those infected international travelers are therefore a select population of people who are best able to survive COVID-19 infection. This may be changing soon, with large numbers of domestically-acquired cases of COVID-19 being recently reported in South Korea and Japan. 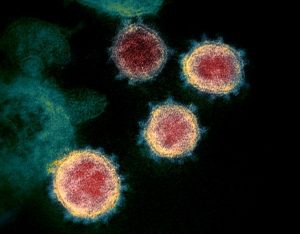 Here in the United States, the Centers for Disease Control has recommended a very high level of quarantine for patients with suspected COVID-19 infection including droplet, airborne, and contact isolation. This means gowns, gloves, negative airflow hospital rooms, and face shields. Many countries do not have the resources to provide this level of patient isolation. Indeed, persons suspected of having the infection are told to just stay home. In crowded, often multi-generational housing (such as exists in many Chinese communities), this quarantine practice can facilitate transmission to the vulnerable elderly, debilitated, and infants. In hospitals, sub-optimal isolation practices can facilitate transmission to other patients in that hospital and these patients with hospital-acquired COVID-19 are a select population of particularly vulnerable people who are more likely to die of the infection. 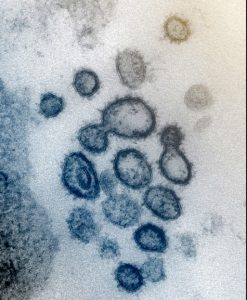 Death from COVID-19 does not occur instantly. There is first an incubation period of up to 14 days. Once a person develops symptoms, it takes several days to develop respiratory failure and die. The outbreak has been present in China for 2 months and so there has been sufficient time for those persons who get infected to develop symptoms and die of the infection. However, in other countries, patients with the infection have been identified and confirmed relatively early in their disease and in many cases, those people have not yet had time to develop respiratory failure and die.