There are only three kinds of people: those who have been vaccinated for COVID-19, those who will survive COVD-19 infection, and those who will die of COVID-19 infection. Eventual exposure to the SARS-Cov-2 virus is inevitable and the virus will, in all likelihood, be with the human race for generations. The reason is because it is a unique zoonotic virus that infects so many different mammals.

A zoonotic infection is one that can be passed from animals to humans. Some of the most lethal pandemics in human history can be traced to zoonotic infections. The plague (Yersinia pestis) was carried by rats and transmitted to humans through the Oriental rat flee. Ebola is transmitted to humans from fruit bats that carry the virus without becoming sick. Hantavirus is carried by asymptomatic wild mice that can transmit it to humans. The 2009 H1N1 influenza strain (swine flu) came from pigs. Rabies, West Nile virus, Lyme disease… there are more than 250 infections that can be passed from animals to humans. The SARS-CoV-2 virus most likely jumped from horseshoe bats to other wild mammals and then to humans in the Wuhan region of China in late 2019.

Most zoonotic viruses are not easily passed from one human to another – think Zika, rabies, and hantavirus. These viruses can be largely prevented by avoiding contact with the animals that serve as viral reservoirs. Those few viruses that can be easily transmitted from one human to another are really scary – think about Ebola, for example. The reason SARS-CoV-2 is so unique among zoonotic viruses is that it is not only incredibly contagious between humans but it is also incredibly contagious from humans to other mammals that can then serve as a perpetual reservoir where it can then re-infect human populations. There is increasing evidence that these animal reservoirs exist today. 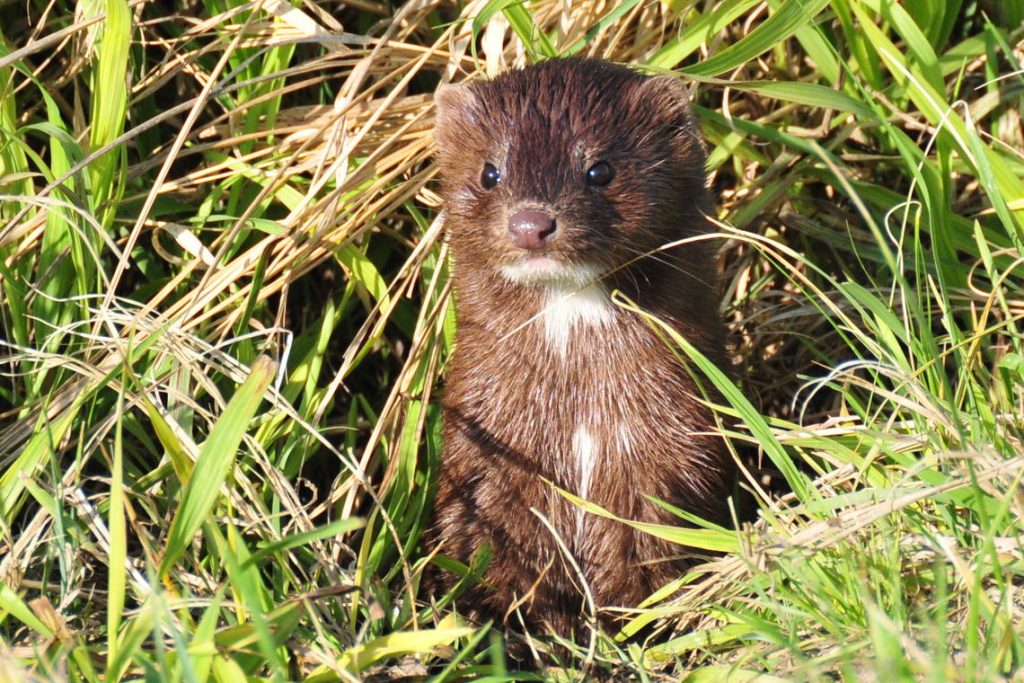 Mink farms. In April 2020, a farm worker in a Dutch mink farm came to work with a COVID-19 infection. Soon, minks at the farm were dying at an abnormally high rate and many of the minks were found to have nasal discharge. The SARS-CoV-2 virus had jumped from human to mink and was soon detected in 200 mink farms in nearby Denmark, most likely from feral cats roaming from farm to farm, stealing mink food and spreading COVID along the way. Not only did the virus spread among the minks like wildfire, but farm workers were soon becoming infected from the minks with a cycle of human to mink and back to human infection. As a consequence, the Danish government euthanized more than 17 million minks in November 2020. To make matters worse, viruses from mink corpses leached into the ground and infected human drinking water. In December 2020, an infected mink from a mink farm in Oregon escaped and soon, the SARS-CoV-2 virus was being detected in wild minks. 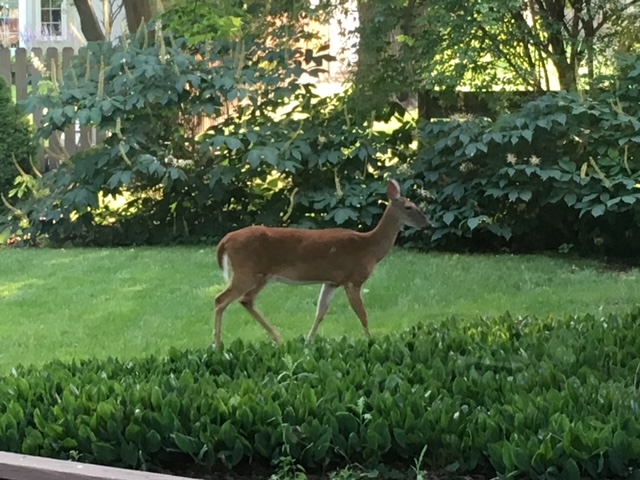 Whitetail deer. There are about 30 million whitetail deer in the United States (including this one in my backyard!). The U.S. Department of Agriculture collected samples from 481 deer in Illinois, Michigan, Pennsylvania, and New York between January 2020 and March 2021. In all, 40% of the deer had SARS-CoV-2 antibodies, indicating that they had been infected. A University of Pennsylvania study found that 30% of deer tested in Iowa between April and December 2020 had antibodies – however, a follow-up study found that by the period December 2020 through January 2021, fully 80% of Iowa deer tested had been infected. Genetic studies found that the strains of the virus in deer were the same as the viruses in circulation in Iowa causing human COVID-19 infection at the same time – strong evidence that the deer had become infected from human contact. The USDA Agricultural Research Service then experimentally exposed captive deer to the SARS-CoV-2 virus and found that the infected deer did not experience any overt sign of infection – in other words, the deer had asymptomatic infection. With the 2021 deer hunting season now beginning, it is likely that hunters and butchers will be exposed to infected deer, thus perpetuating the zoonotic cycle. Unfortunately, there is virtually zero chance of passing a law to require proof of COVID vaccination to get a trapping or deer hunting license in Ohio. 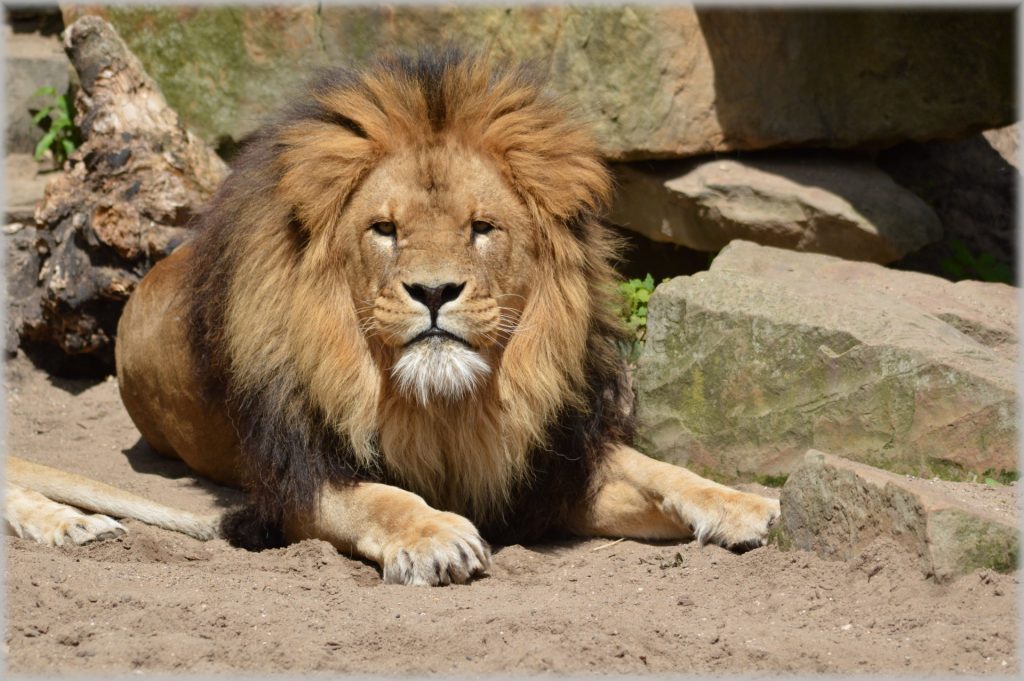 Zoos. Compared to wild animals, captive animals in our zoos are relatively easy to study due to the ease in collecting biological samples. The SARS-CoV-2 virus has been found in lions, tigers, gorillas, hyenas, and leopards. At least 4 snow leopards in American zoos have died of COVID-19 infection. In July 2021, Zoetis (a pharmaceutical company that makes medications and vaccines for livestock) donated 11,000 doses of its experimental COVID vaccine to 70 U.S. zoos. The Oakland Zoo was the first to get the vaccine and inoculated its bears, mountain lions, gorillas, chimpanzees, ferrets, and pigs. Fortunately, anti-vaxxers have not taken up protests against vaccine mandates for zoo animals. If animals in the zoo can get infected, then the same kind of animals in the wild are also getting infected.

COVID-19 is not going to go away

Although most data indicates that the SARS-CoV-2 virus originated in horseshoe bats in China, some people have suggested that the virus originated in a Chinese research lab. Whichever origin is correct is irrelevant to controlling the virus in the future. Because the virus has conclusively been shown to infect humans who then infect animals that then infect other humans, there is now a viral reservoir in the wild that can continuously seed the human race in the future. This means that even if we could magically eliminate all human cases of COVID-19 on a Monday, by Friday, some humans would have become infected from animals harboring the virus… and those humans would then infect other humans.

It all comes down to the ACE-2 receptor

The SARS-C0V-2 virus contains an outer glycoprotein called the spike protein. This is the protein that is encoded by the mRNA in the Pfizer and Moderna COVID vaccines. The spike protein on the coronavirus latches onto a receptor on human cells called the angiotensin converting enzyme-2 receptor (ACE-2 receptor). The part of the ACE-2 receptor that the coronavirus spike protein attaches to is called the S-protein binding site. Once attached to the ACE-2 receptor, the virus can then get inside of our cells and take the cells over to make more viruses, similar to the creatures in the movie “Alien” that grew inside the stomachs of the unfortunately infected humans before exploding through their abdominal walls.

When I was 5 years old, a bat flew into my bedroom and scratched my face while I was sleeping. I ended up getting vaccinated against rabies which at the time consisted of 14 daily intra-abdominal injections of rabies vaccine. I did not come down with a case of rabies but that life experience has shaped my respect for zoonoses. Humans were the vectors that disseminated SARS-CoV-2 to mammals throughout the world. And now, we are going to have to live with the consequences of  that dissemination for years to come. Today, I would have to worry about getting COVID-19 and not just rabies from my bat exposure. Going forward, unless an unvaccinated person lives their entire live in isolation lockdown, then COVID-19 infection is virtually inevitable – if not this year, then next year or the year after or the year after that. We have sown COVID-19 throughout the animal kingdom and we will have to reap its deadly harvest for years to come.

Children will be vectors

Varicella-zoster virus causes chicken pox and shingles. Like COVID-19, chicken pox is usually a relatively mild disease in young children but can cause severe infection in adults. Unlike COVID-19, you can only get chicken pox once and the initial chicken pox infection provides life-time immunity from re-infection. Before the varicella vaccine was first licensed in the United States in 1995, parents would hope that their children got chicken pox early in life, when it cause less severe infection. Some parents would hold “pox parties” to expose their pre-school aged children to an infected child in order to ensure early childhood infection. Attempting to draw from history, some adults have engaged in “COVID parties” in order to become infected and thus develop immunity – these efforts have been disastrous at best but often fatal at worst.

Since no COVID vaccines are currently approved for use in children under age 5, it is likely that the SARS-CoV-2 virus will continue to circulate among young children for the foreseeable future. In other words, children will be another viral reservoir for SARS-CoV-2 until COVID vaccines are approved for all ages. The only good news is that young children are less likely to die when they get infected with COVID than their adult parents are.

Vaccines are the only answer

Yesterday, I flew from Columbus to Las Vegas on a connecting flight while traveling to San Francisco. Behind me, an unmasked and sick 3-year-old coughed and sneezed constantly for the 4 hour flight. Across the aisle, a disruptive passenger tried to wear a mask with quarter-inch holes punched all through it and then when asked by the flight attendant to wear a normal mask, she refused to pull it up over her nose (she was ultimately escorted off the plane by an airport authority on arrival in Las Vegas while having a few loud choice words for the unfortunate flight attendant). This experience illustrates why behavior mandates will not bring an end to the pandemic. Behavior mandates protect the individual that complies but does not protect the human race – some parents will still bring their sick child onto a crowded plane and some anti-authoritarians will continue to refuse to wear masks in public areas. Similarly, travel bans are not the solution. Travel bans that worked in MERS, SARS, and Ebola outbreaks have proven to be ineffective with the initial COVID outbreak and again with the more recent omicron variant outbreak.

Had COVID occurred 30 years earlier in 1989 rather than 2019, then all humans would eventually have become infected and those who survived would have inherited the earth. However, COVID occurred at a unique time in our species’ history when science was able to rapidly invent effective vaccines. And so now, each of us humans have a choice – get vaccinated or get infected. Given the enormity of the mammalian reservoir for the SARS-CoV-2 virus, there really are no other choices. As I walked past rows of slot machines in the Las Vegas airport yesterday, I was struck by how similar COVID is to gambling: living on earth in the era of COVID is like playing Russian roulette with a loaded revolver. Getting vaccinated is like taking the bullet out of the gun.