This month, the CDC released the preliminary results of the National Health Interview Survey for 2017. The great news is that the percentage of American adults who smoke dropped nearly 2 percentage points from last year, from 15.8% to 13.9%. This is the lowest number in more than 50 years. But in Ohio, the percentage of people who smoke did not change; in fact, it is going up. 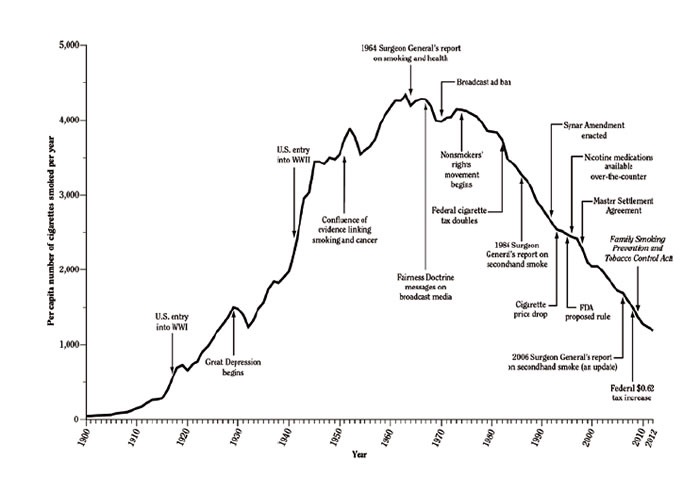 On January 11, 1964, Dr. Luther Terry, the Surgeon General of the United States, released a report concluding that smoking causes lung cancer and chronic bronchitis. That year, 42% of Americans smoked and the average per capital U.S. cigarette consumption was 4,300 per year (another way of stating this is the average American smoked 215 packs of cigarettes per year). The number of cigarettes smoked immediately began to fall. The science behind this report was solid but there were a lot of “smoking-deniers” who refused to believe it and so in the mid 1970’s, the per capita cigarette consumption in the U.S. rose. Over time, most of the deniers either changed their mind or died so that now, 54 years later, only a few Americans doubt the relationship and the per capita cigarette consumption has been steadily falling every since the mid-1970’s.

Over the past 20 years, the percentage of Americans who smoke has fallen an average of 0.5% per year. At that rate, in 26 years, no Americans will smoke. Therefore, in 26 years, three jobs that you don’t want to have are: tobacco farmer, cigarette maker, and pulmonologist. Alas, my medical specialty is going to go the way of the blacksmith, slide rule maker, and telephone operator. 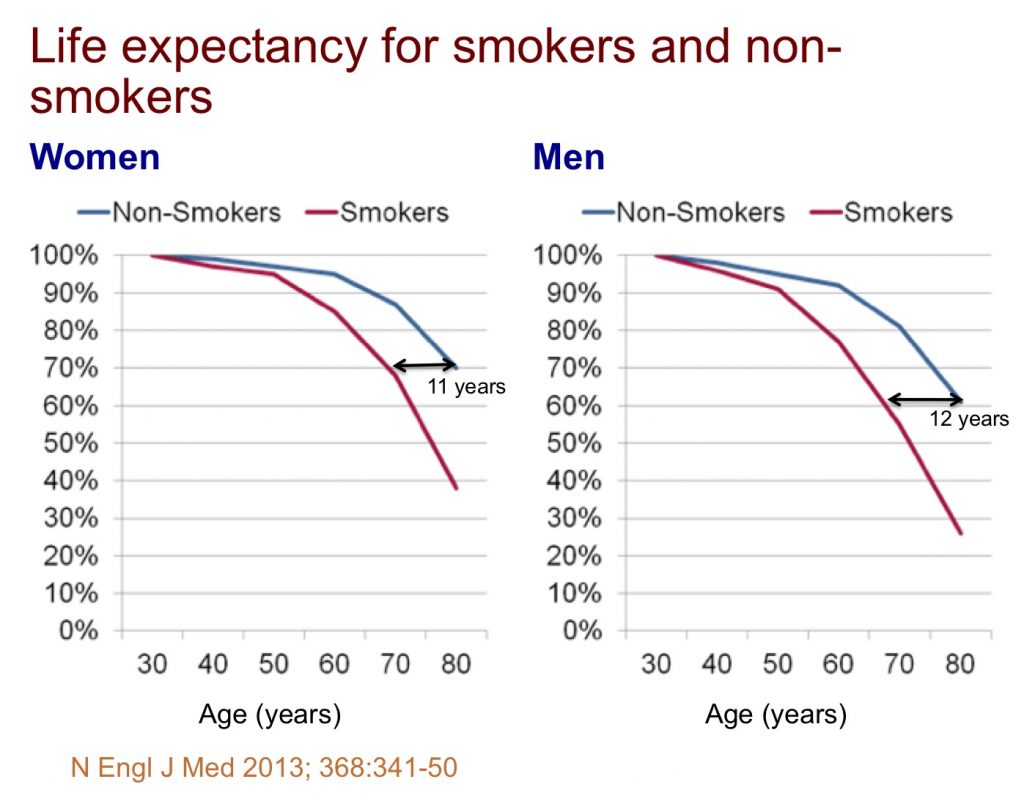 From a health economics standpoint, cigarettes are actually a very effective way of government cost-control. The average woman who smokes a pack a day will live 11 years less than a non-smoking woman and the average man who smokes lives 12 years less than a non-smoker. If you do the math, it works out to losing 14 minutes of life for every cigarette a person smokes. Since smokers die so much earlier than non-smokers, they consume a lot less Social Security benefits. With more Americans not smoking, we’ll see more people living long enough to be on Medicare and Social Security.

But Ohio is different. From a report by the United Health Foundation, for the past three years, the prevalence of smoking has gone up rather than down and in 2016 (the most recent data year available for the state), 22.5% of Ohioans smoked. So then, why is the prevalence of smoking going up in Ohio whereas it is going down in the rest of the country? If you examine the data carefully, then demographically, Ohio smokers are different than the rest of the country: 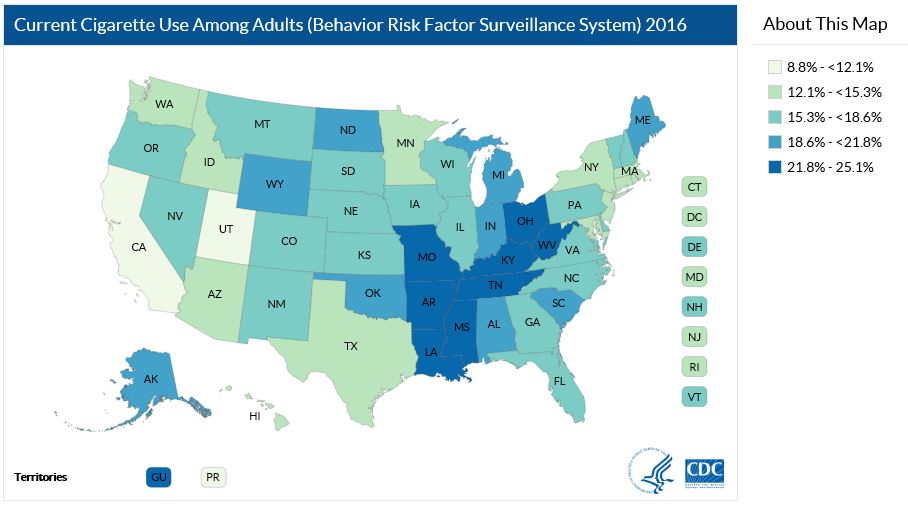 So what does all this mean about Ohio? For starters, 25 years from now, Ohio will be one of the last hold-outs for smokers in the United States. If you live in a large city, have lower income, or have a lower education level in Ohio, then you are more likely to smoke than in the rest of the country. With the average price of cigarettes at about $6.50 in Ohio, the Ohioan who smokes spends about $2,300/year on cigarettes – for the 39% of Ohioans earning less than $25,000/year who smoke, than means that they are spending 1/10th or more of their entire annual income on cigarettes. Many in Ohio complain about the loss of good-paying jobs over the past 15 years. Part of our problem in Ohio is that because we spend so much more money on cigarettes than the rest of the country, once you factor in the cost of those cigarettes, our take-home income is less for the same job as the rest of the country. Clearly, we have a lot of work still to do in Ohio when it comes to tobacco education and control. Our high rate of tobacco smoking puts Ohio at a competitive disadvantage to other states

As a pulmonologist, this unfortunately means that I will still have a job in Ohio when I am well into my 80’s, long after my peer pulmonologists in the rest of the country are out of work.