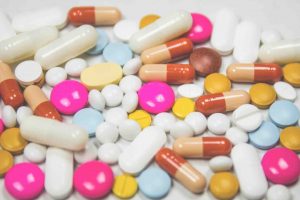 The Agency for Healthcare Research and Quality (an agency of the U.S. Department of Health and Human Services) says that there should be a single medication list that is the “one source of truth” for the patient and that medical practices should standardize and simplify the medication reconciliation process in order to make the right thing to do the easiest thing to do. But in most outpatient practices, mediation reconciliation is neither standardized, simple, or easy. Pull up any patient’s electronic medical record and if that patient sees more than 1 physician, there is a pretty good chance that the medication list is not accurate. Here are some of the reasons why:

The good news is that there are some concrete things you can do to reduce the inaccuracy of the medication list. Here are a few:

Last month, I attended the American College of Chest Physicians annual meeting. At one of the sessions, I realized I could hear the men talking but I had a hard...

2,3-DPG Is A Wonderful Thing

Yesterday, I responded to a code blue in one of the procedural areas of our hospital. The patient had severe hypoxemia due to flash pulmonary edema from combined systolic +...