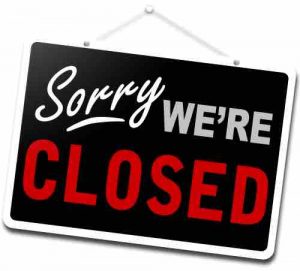 There are several reasons that the ER can go on divert:

Diversion is bad news for several reasons. First, and most importantly, it means that our hospital does not have the resources to care for the patients in our community at that particular time. A patient who lives 5 blocks away should not have to be taken to another hospital 15 miles away where their family and friends cannot easily visit. Second, it disrupts continuity of care. Patients who always get their care in one hospital and whose physicians practice at that hospital are best served by being taken care of by the doctors who know them the best. Third, it is bad business. Hospital admissions are the fuel that keeps the hospital running and patients arriving by squad are far more likely to be admitted to the hospital than those who walk in through the front door who are more likely to be treated and released.

Last year, our ER diversion hours reached record highs. Rather than being a rarity as it had been for more than a decade, it was becoming a regular occurrence, at least once a week. Our initial solution was to open up 4 new ER beds and 5 new inpatient beds to avoid the “no room at the inn” phenomenon. That helped but didn’t solve the entire problem entirely. So next, we asked the 5 whys. 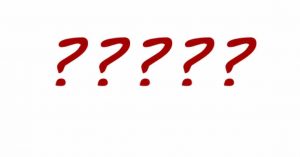 The 5 whys was a concept developed by the founder of the Toyota Corporation, Sakichi Toyoda. His idea was that if you identify a problem, then you keep asking why it occurred through 5 layers of inquiry in order to get to the root of the problem and solve it. So, for example, you identify a problem that your medical students are passing out when holding retractors during pancreatic surgeries.

So, what is the solution to the syncopal medical students? Buy the donut administrator a pen with black ink.

We applied this principle to our emergency squad diversion problem. First, we looked at the what days of the week we were going on divert and found that over the course of a year, diversion hours peaked on Wednesdays, pretty regularly and pretty dramatically on Wednesdays. In contrast, diversion was very rare on Fridays, Saturdays, or Sundays. Next, we looked at when our emergency department admissions peaked and it was on Mondays, again, pretty regularly and dramatically peaked on Mondays. Next we looked at when our elective surgery admissions peaked and it was on Tuesdays, very consistently on Tuesdays.

So the solution wasn’t to bring in extra ER physicians on Wednesdays or open additional inpatient beds on Wednesdays. The solution was to move one of our busiest orthopedic surgeons from operating on Tuesdays to operating on Thursdays. What had been happening was that we would get a bolus of emergency department visits on Mondays followed by a bolus of joint replacement surgery admissions  on Tuesdays and then by Wednesdays, we’d be out of inpatient beds. By Fridays, the Monday and Tuesday admissions would be ready for discharge and then we’d have excess inpatient capacity through the weekend. By moving the orthopedic surgeon to Thursdays, we evened out the admissions over the course of the week and presto, the ER diversion hours plummeted.