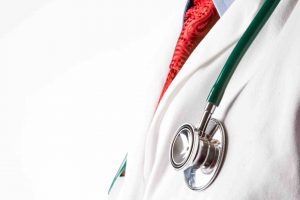 Doctors tend to have larger egos than the average person (and I’m saying that as a doctor). They want to be publicly recognized for their accomplishments and their expertise. It is the same reason that drives actors, politicians, and professional athletes. Examples here include medical directors (such as your truly), department chairmen, and those physicians who are always volunteering to talk with reporters about the latest disease or medical treatment. Sometime prestige local – being the cardiologist who all the other cardiologists in the hospital go to with their tough cases.

There is an old saying of “What do you call the person who finishes last in his class in medical school?” The answer is “MD”. Anyone who finishes medical school is going to get a job and that job is going to pay pretty well. The lowest paid doctor in your hospital is still making a higher-than-middleclass salary. Even if a doctor loses their job, because the practice closes or because they don’t get along with the other partners, they can find another job somewhere in just days. The demand for doctors greatly exceeds the supply of doctors. However, no one wants to have to change jobs and start up all over again so knowing that their particular job is secure is a strong motivator.

The thing is that what constitutes a “high income” is a very relative thing. To the average penniless college student, all physicians seem to make a high income compared to him. But to the graduating medical student, the orthopedic surgeon driving a late model Ford Shelby Mustang is making a lot higher income than the pediatrician driving a 6-year-old Ford Focus. But despite that, unless the salary differential is huge, money alone is usually not the reason a physician chooses one job over another.

#5: Make the most money in the shortest amount of time.

I see this in my own specialty of pulmonary/critical care. Many of the physicians are drawn to work in the ICU where they can generate the same number of RVUs in 4 hours as they could in 8 hours in the outpatient pulmonary clinic. Although the original idea of the RVU was to find a way to equate work effort across different specialties in order to create a common medium of exchange, inevitably, some clinical activities pay a lot better per hour worked than others. So if you are a joint replacement surgeon, you are going to be financially rewarded to operate on a patients who is “bone on bone” rather than give them a trial of physical therapy and steroid injections. Similarly, if you are a cardiologist with a nuclear camera in your office, you are going to order a lot of expensive nuclear stress perfusion studies and send very few patients to the hospital for a cardiac CT that will be interpreted by a radiologist.

Doctors crave things that allow them do their job faster and better. For me, having a PAX system on the computer in my outpatient examination room that allows me to see x-ray images immediately without having to trudge over to the hospital’s radiology film library will give me back 2-3 years of my life over the span of my career. The hospital that creates operational efficiency for inpatient care will attract and hold the best clinicians. Sometimes operational efficiency is made up of the little things – the doctors at our hospital save about 20 minutes a day by having a private gated physician parking lot adjacent to the back entrance to the hospital.

We all want to align ourselves with winners. And we want to be led by those leaders who excite us for their vision of the future and their ability to make that future a reality.

The reason that humans have conquered planet Earth is that they were able to develop social groups that were bound together for the betterment of life and for safety. Physicians are no different, they want to belong to a group. That group may be the team of nurses and medical assistants in the office or it might be the team of personnel in the operating room. Maybe it is the medical staff membership in general or the partners in a group practice. Physicians are like everyone else in that they are most comfortable when they are part of a group or team.

#9: The need to understand.

Doctors are curious by nature. They want to understand what causes patients to be sick. They want to solve the mystery of a patient’s illness by uncovering the diagnosis. Some people satisfy this craving by reading detective novels or by solving crossword puzzles – doctors satisfy the craving by coming to work.